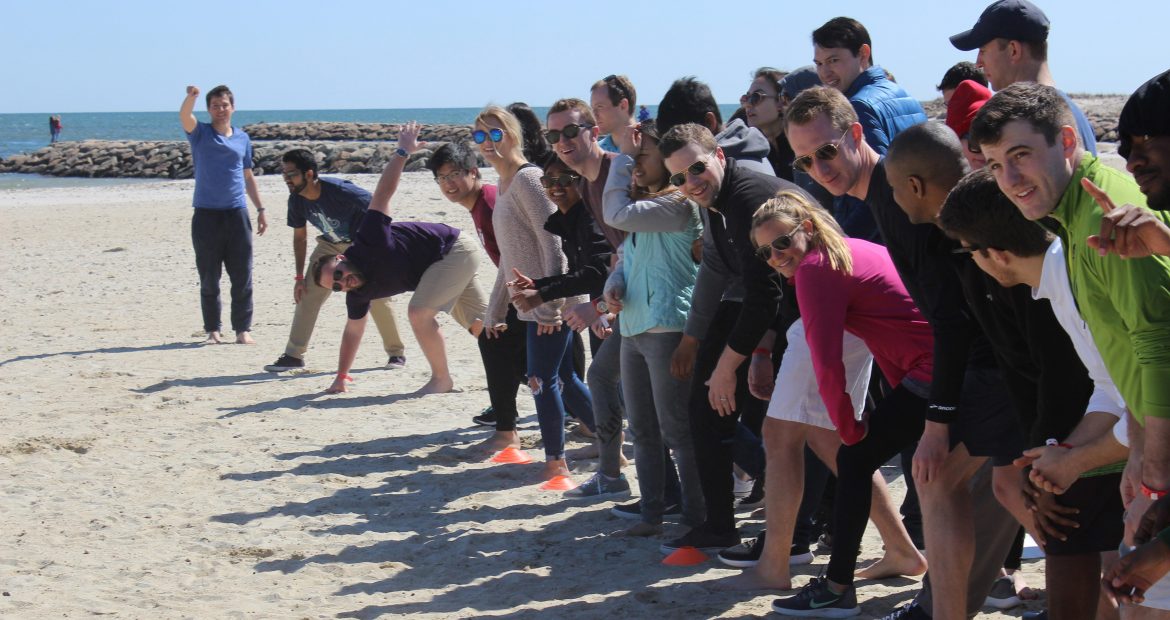 Many brothers join AEPi during their college years for the social aspect. They join the fraternity in hopes of creating a family away from home and developing lifelong friends and memories. Brother Byron Edwards (Yale, 2013) decided to take his amazing experience and co-found Village Games, a company that would help bring spark reunions between friends like those he has with his old college comrades, some of whom were his fellow AEPi brothers from Yale.

Village Games is launching its first camp this Labor Day weekend at Camp Echo, which is just an hour outside of New York City. Edwards expects 60 to 80 participants to sign up. The camp includes lodging, dining and a set itinerary. Edwards emphasized that their organization is very sensitive to customer needs and wants, carefully adjusting a group’s camping experience to the members’ strengths, weaknesses and interests. The camp events include a wide variety of group activities ranging from classic sports and “brainy” games such as soccer and trivia, to lawn parties with slip-n-slide.

He decided to take his experience at AEPi and jumpstart Village Games as a co-founder. The company plans events with a sports-focused competitive twist in hopes of reuniting friends, old classmates and colleagues. The idea came to him after he helped his fellow founder Eric Levine organize a reunion with their own college friends a year after they graduated and it quickly became an annual event. Both Edwards and Levine realized that more people would be interested and saw an opportunity turn their annual athletic-themed reunion into a company.

Brother Edwards grew up with a strong tie to his religion through his enrollment at private Jewish schools through his education. While studying economics and global affairs at Yale University, he made sure to be involved in the Jewish Community by joining on-campus organizations similar to Hillel. Those organizations later connected him to members of AEPi. He befriended many AEPi brothers as a first-year student and decided to join the fraternity after his second semester at Yale.

Edwards explained how the fraternity became like a second home, “AEPi was somewhere I could hang out every week and feel so welcome, even before I became a brother. We were naturally connected through our Jewish background — and had similar social and academic interests.”

Heavily involved in sports throughout his entire education, Edwards always appreciated teamwork and team bonding. “Although I was never on the executive board of AEPi, I was an active member. I made sure to participate in the elections and being a voice when we were deciding on the chapter’s initiatives or events,” he said.

Edwards explained how being a part of AEPi gave him valuable life lessons that he’s carried with him into his professional career, “Being a part of AEPi helped me understand the importance of group dynamics and group structures. I learned how to think critically and how to be aware of people values and wants,” he said.

“Eric and I went in with a vision for Village Games thinking that we want to make it easier for groups of people and old friends to come together, catch up and enjoy some friendly competitive sports,” said Edwards. While the company is just launching, the two founders are already exploring ideas and models that will increase accessibility by including shorter, day-long or weekend long events.