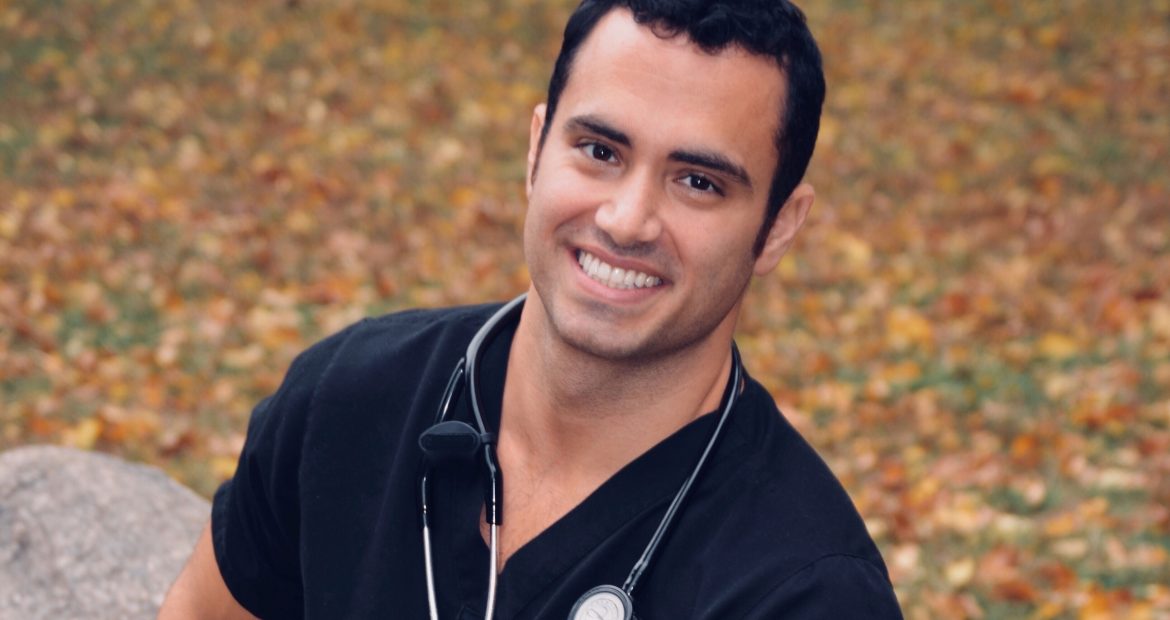 Grant Hubsher (Florida, 2012) decided to follow his father’s and brother’s footsteps and become a doctor. Working, today as an emergency medical physician in New York City, Brother Hubsher never imagined that an opportunity to advocate for medical research on genetic diseases commonly found in the Jewish community would arise from his appearance on a season of The Bachelorette.

His Phi Gamma chapter brothers at the University of Florida his first year helped him get through the challenges of medical school. “[AEPi] gave me a core group of friends, some of us are still close to this day. ”I had a lot of friends that had similar mindsets and career goals that were studying to become doctors and lawyers.” Hubsher explained that joining AEPi encouraged him to become more involved on campus and within the Jewish Community.

“[AEPi] helped me connect my college experience and Jewish culture together… I got more involved and joined other Jewish organizations such as the Jewish Student Union.”

Brother Hubsher’s experience in AEPi later helped him in his career. While in college, the fraternity helped him mature and evolve. He served as the social chair of his chapter, which helped him develop vital communication and leadership skills that were transferable to his career as a doctor.

Recently, Hubsher was contacted by JScreen, a non-profit organization dedicated to preventing Jewish genetic diseases. They took interest in Hubsher due to his appearance on The Bachelorette. JScreen wanted Hubsher’s help to raise awareness of the organization and about genetic screenings for Jewish individuals. As a doctor, and a member of the Jewish community he was happy to partner with JScreen. Hubsher will be helping JScreen raise awareness and educating the country and Jewish community as a doctor and advocate. JScreen launched a contest to the as part of the awareness campaign. The prize: a date with Grant Hubsher. The contest was created as a way to spread the word about the organization, and its services.

Hubsher is always grateful for his experience in AEPi and the skill set and ties the fraternity has given him to the Jewish community. He is thankful that he can give back as a doctor, and as a member of the same community. “It’s important for Jewish individuals to get screened,” explained Hubsher. “As a tight community, we are unique in the sense that we are a dominant community but there are a lot of genetic diseases that have evolved and pertain to our community. Many people carry these genetic diseases without knowledge, and people who get screened are helping many others in the process.”

Hubsher commented, “Knowledge is power, the more information you know about yourself, the healthier you, your family, and our community can be.”