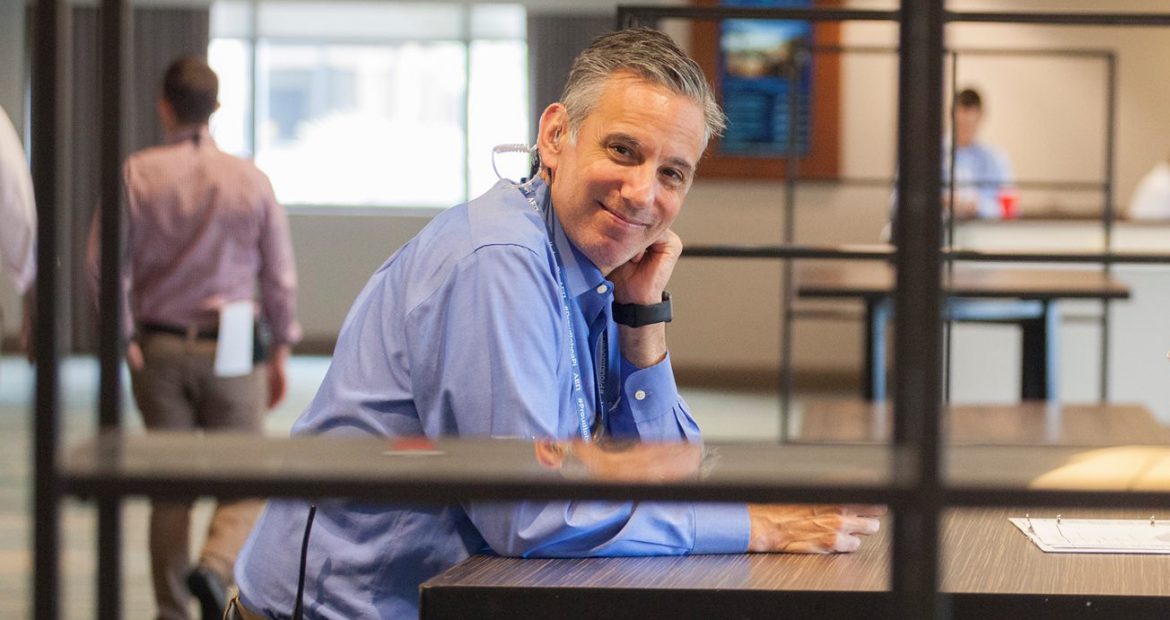 You would think that our International Headquarters in Indianapolis would be a little calmer during the summer months but that definitely isn’t the case. We recently welcomed 12 new staff members – both Education Leadership Consultants (formerly called chapter consultants) and new staff in our Jewish and Leadership Programming Department. Every desk in our building is occupied (often with at least two people) and we’re busting at the seams.

They, and all of our returning staff, are super busy working on putting together an awesome 105th Anniversary International Convention in Phoenix, Arizona. We’re developing memorable, educational and important programming about issues facing student and Greek life, discussing leadership development techniques and creating new ways to confront BDS and anti-Semitism on college campuses. Most importantly, we also want our brothers to have a great time with each other and our alumni and staff at this year’s convention.

My first convention was in 1991 in Chicago. I was Lieutenant Master of my chapter at Kent State and our Master was unable to make it to convention so he called me up and told me that I had to go. I didn’t know anyone there and had no idea who or what AEPi National was or what I was supposed to do there. I decided to give it a chance and I fell in love with AEPi all over again. By the end of the week, I was presented with the Sidney E. Goldberg Outstanding Delegate Award.

I never would have dreamed that Richard Stein, who was being installed as Supreme Master at that 1991 convention, would become one of my fraternity mentors and dearest friends. Through AEPi conventions I’ve met many of my closest friends from around the world and learned more about AEPi than I ever thought possible.

Please join your alumni and undergraduate brothers this year at #AEPi105 in Phoenix. I promise you’ll have a great time, meet great people – some of whom will become lifelong friends – and learn lessons in leadership and fraternity that will last well beyond our week together in the desert.

I hope to see you in Phoenix!