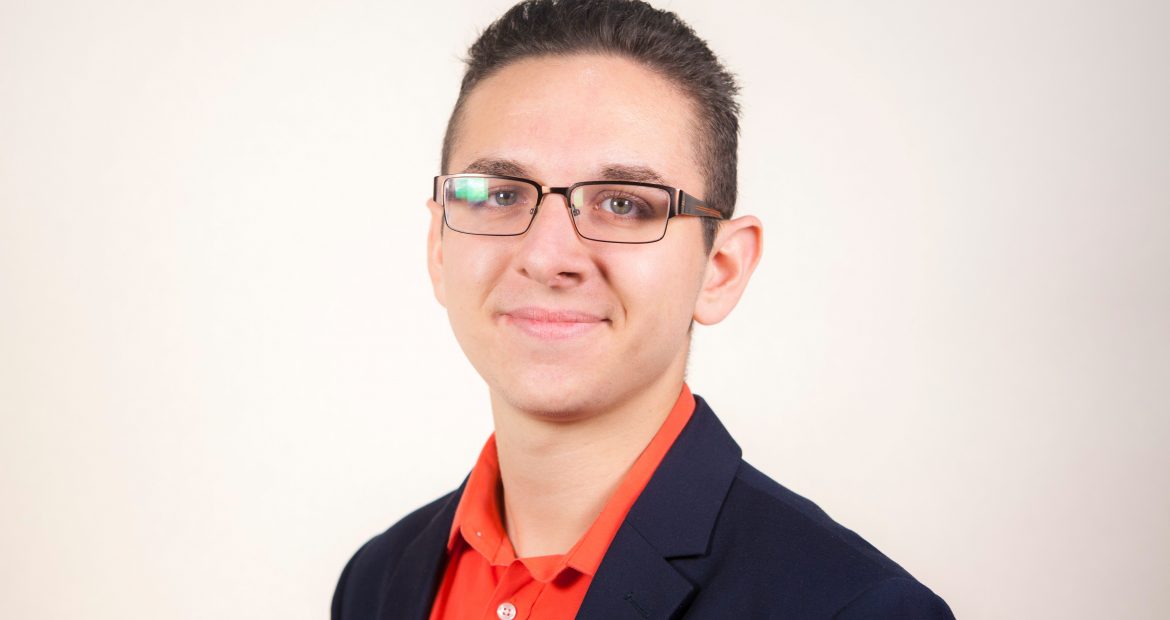 In preparation for AEPi’s 105th International Convention in Phoenix, we’re using our weekly Friday PiDay column to feature brothers with a connection to #AEPi105! Register for our Summer Leadership Series or Convention today!

Brother Ezra Katz (Kent State, 2019) will always thank AEPi for giving him the tools and opportunities needed like #AEPi105 to become the unapologetic Zionist he is today. Brother Katz has attended two AEPi International Conventions and numerous conferences to build up his leadership skills and give him the voice necessary to advocate effectively for Israel on campus. At AEPi’s 104th International Convention, he was awarded the David M. Bacharach Outstanding Undergraduate Award for his service to the fraternity, school and community, as well as his dedication to his academic accomplishments. Now Brother Katz is appealing to all undergraduate brothers and alumni to tell them why they, too, should join us in Phoenix this summer!

“Without AEPi, I wouldn’t have been as involved with Israel advocacy organizations like Students Supporting Israel (SSI) and the American Israel Public Affairs Committee (AIPAC). There’s no downside to going to Convention or attending a Summer Leadership Series conference. Not only do you attend convention three days earlier than everyone else, but you gain intangible assets and priceless information to become a prominent leader in the Jewish community.”

While there’s no question that the workshops, speakers and activities at AEPi International Convention contain vital information to help you build up your brotherhood, it’s the one-on-one interaction with brothers that matter most to Brother Katz. “At my first convention, I didn’t know anyone but seeing everyone in their letters makes you feel like you do. There’s something indescribable about the late night chats you have with brothers from around the world. There’s an exchange of so many ideas from a diverse amount of backgrounds that enriches your experience as a brother. You never know what your chapter is missing to take it to the next level until you get that spark or idea during a late night talk with your bros.”

Until attending his first convention, he had no idea of the breadth of resources available from International Headquarters. “AEPi is a door that opens you up to whatever you want to do. Going to convention, you start to see just how far it is that AEPi will go to help you and your chapter in a time of need.” Brother Katz has attended two Summer Leadership Series conferences, the Civic Summer Engagement track as well as the Hineni Jewish Identity track. One of his favorite speakers was Past Supreme Master Elan Carr (Berkeley, 1990). “Elan didn’t talk about how being successful helped him advance in his career. He discussed how he learned from his failures in order to perfect his methods. The way he speaks in a personalized way is inspiring.”

On campus, Brother Katz chooses to lead his chapter brothers by example. He has served on the chapter’s executive board as scribe, lieutenant master, and is currently master. He also served on the Inter-Fraternity Council (IFC) as the Director of Risk Management and Reduction and recently finished his term as president of SSI. Regardless of the positions he holds, he knows he has the support he needs from his brothers. “AEPi is any type of support system you need it to be, whether that’s as a leader or just a Jewish student who wants to hang out with other Jewish students.” If Phi Deuteron has taught him anything, it’s executive experience and how to make quick analytical decisions. “Both are priceless assets in a professional repertoire. AEPi teaches you to see things long-term so that the organization sustains itself.”

When he won the Outstanding Undergraduate Award in Las Vegas last year, he was in shock. “Sometimes when I look down at my hand and see the ring, I still can’t believe it. Being recognized when there are plenty of brothers who have done more than me is an honor.”

“In my time as an undergraduate, I have been blessed with a multitude of experience and accolades. None of it would been possible without the values that I prioritized through AEPi and its leadership opportunities. Whether it is a minor board subcommittee, an executive position or a convention, take advantage of it because you will transform into a leader that you would never imagine possible.”

105, fridaypiday
« An Important Message from AEPi CEO Jim Fleischer
Why I Always Wear My AEPi Kippah »