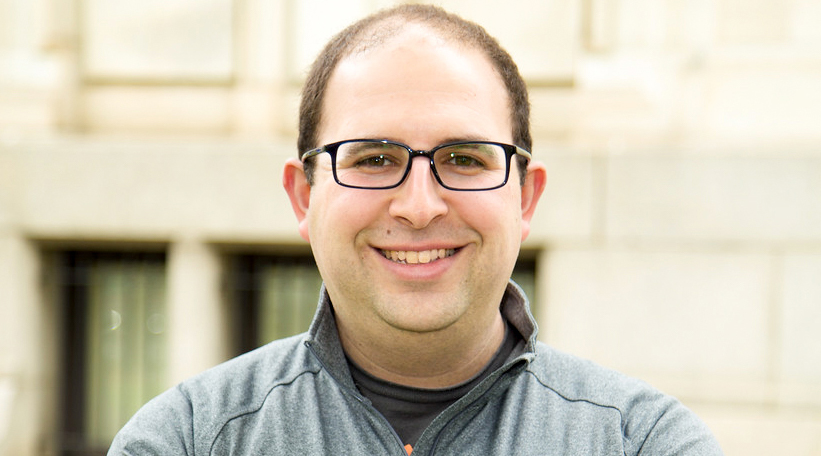 The lesson of resilience is far more important than success in the eyes of Brother Zvi Band (Maryland, 2006). Sometimes, our greatest successes are born in repeated failure. As he watches his daughter grow up, he hopes she learns to revel in her failures rather than remain complacent with each achievement. That’s why he wrote her a children’s book called Try Try Again, Dalia! Perseverance is a key lesson throughout the book and he wants all children to feel a sense of empowerment as they learn from their mistakes.

“Just because you make a mistake once, doesn’t mean you can’t learn from it. I want my daughter to have a strong work ethic and wasn’t satisfied enough with learning materials out there, so I wrote this book for her.”

Published in July 2017, Brother Band has sold a few thousand copies of the book. While making a profit was never the intention, he’s happy with how well it’s done to show the importance of learning through self-growth and determination. “I’m also working on an adult business book that will be published in 2019. I’ve always had somewhat of a passion for writing and am thankful to have a channel to create like this.”

Brother Band is also a successful business owner. He’s the CEO and Founder of Contactually, which launched in 2011 to help professionals stay engaged with their key relationships in a business. “Our relationships are our key assets. Who we know is essential to unlocking future opportunities. Contactually is all about helping people stay in touch and engaged with one another in their careers.” He has found it beneficial to form his daughter’s leadership using himself as the example. Through the experience of others, we can learn so much. “By showing that I’m imperfect and I can also make mistakes but I keep trying, I hope she can see that and realize it’s okay for her to do the same.”

He feels that AEPi was critical in teaching him the importance of building relationships as a college student.  Not only did the fraternity build up his leadership skills, but it taught him to break out of his comfort zone. “As a student taking on leadership positions, having that control over something is important. I’m the leader that I am today because of AEPi.” He is proud to still be friends with many of his chapter brothers.

It was a good business relationship that helped him get his first job as the CTO of a software company in 2009. This relationship blossomed into many with high-end companies from all across the country like Ford, CBS, Volkswagen and the New York Stock Exchange. “Learning how invaluable these relationships were gave me a passion and an interest in starting my own company. Now, we’ve raised $12 million in venture capital and have more than 50,000 customers and 70 employees.” He’s amazed at the growth of Contactually and the dedication of his team. Together, the company has helped tens of thousands of small businesses.

“We can’t argue that failing can be mentally taxing on someone. Your biggest supporter and enemy is yourself, but it’s important to keep yourself passionate. You may get 200 no’s, but you have to persevere under all odds for the eventual yes.”