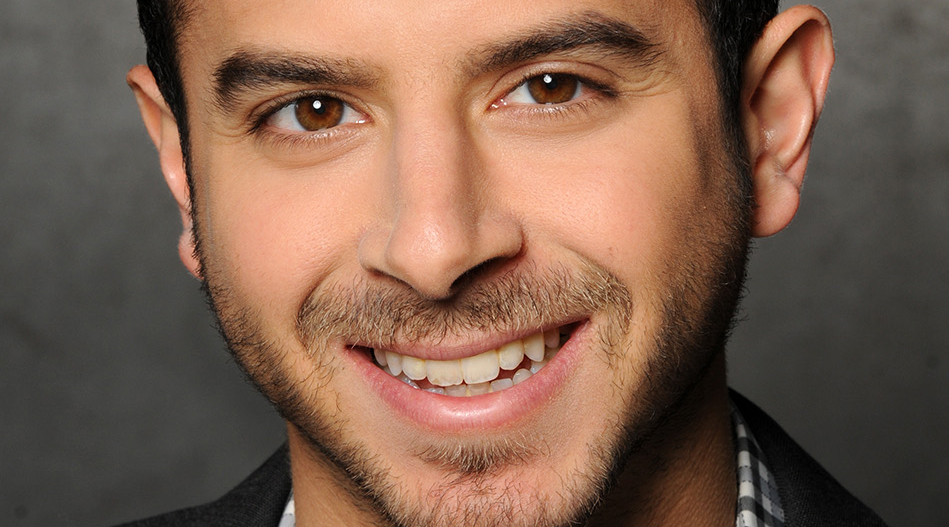 As a young boy growing up in the suburbs of Chicago, Brother Justin Hefter (Stanford, 2011) experienced a fair amount of anti-Semitism. It wasn’t until he traveled to Israel for the first time that he learned to feel comfortable expressing his Judaism. Noticing how prejudice can take on many forms, Brother Hefter had a growing desire to make sure everyone has a place to feel safe and freely express themselves. He worked with his chapter brother Gabriel (Gaby) Kohan (Stanford, 2009) and Stanford classmate Mark Donig to create the African Middle Eastern Leadership Project (AMEL) in 2017.

“AMEL trains immigrants and refugees on how to share their stories. These people believe in human rights and building relationships across religions and nationalities. The more people that hear their stories, the more humanized they become.”

The concept of AMEL was born out of a heart-wrenching story about Mohammed Al-Samawai, a peace activist caught in the middle of Yemen’s civil war, and his journey to freedom. In 2015, Brother Hefter helped lead a rescue operation that saved Mohammed’s life. “We worked with a group of millennials to utilize their social networks, coordinate a rescue operation and get him out of there.” Brother Kohan and others heard about what Brother Hefter did and were inspired to help others in the same way. When Sudanese peace activist Mohamed Abubakr needed help escaping, everyone quickly joined to get him the United States. “Gaby was instrumental in making this happen. He had a passion and desire to keep the momentum going, so we worked with Mohamed Abubakr to get AMEL off the ground. We realized that as individuals, we could make a difference in people’s lives and truly change the world.” He currently sits on the AMEL board of directors.

Creating AMEL would not have been the same without AEPi’s influence. After getting involved with the Sigma Tau chapter, he worked on building the bridge between the Jewish and Muslim communities on campus. “It was something that a lot of my AEPi brothers were involved in. I learned how we can be friends with people across a campus community regardless of their background, political or religious beliefs.” He enjoyed that the fraternity provided him with a space to make meaningful and deep connections with others.

Although people told him it would be impossible to rescue both activists, he is proud of pulling off a miracle. “This really teaches you that as individuals, we have more power than we know to make a difference. Use your voice because it’s the little things that make a difference in the world.” He wants people to use social media to utilize the connections we have with just about everybody around the world. “Knowing you’re so closely connected to people helps you see your influence and responsibility to fellow human beings. Realizing how mutually dependent we are on one another is a big motivator for what I do with AMEL.”

What people don’t see is that activists like Mohammed Al-Samawai are leading proponents of giving a voice to the minorities in oppressive countries. AMEL aims to give people the chance to be advocates like this in their country. “We are training the next generation of human rights activists. We train them how to spread their message efficiently and safely.” Mohammed’s memoir, The Fox Hunt, was recently published and tells the story of how Brother Hefter and others played a role in rescuing him from Yemen. The book is being adapted into a film and he can’t wait to see how this continues to build. In the meantime, he works with AMEL in Washington, D.C. to leverage the political power of members of Congress. “People can help us by sharing the stories of Mohammed and others alike. Getting involved with AMEL is different than most organizations because you immediately see your impact. Activists are just trying to create peace, tolerance and understanding in the United States and their home country.” He loves the personal connections he makes with these inspiring individuals.

“It’s amazing seeing this come full circle from the time Gaby and I were at Stanford together in AEPi, to building bridges among school communities and now doing so professionally through the AMEL Project.”