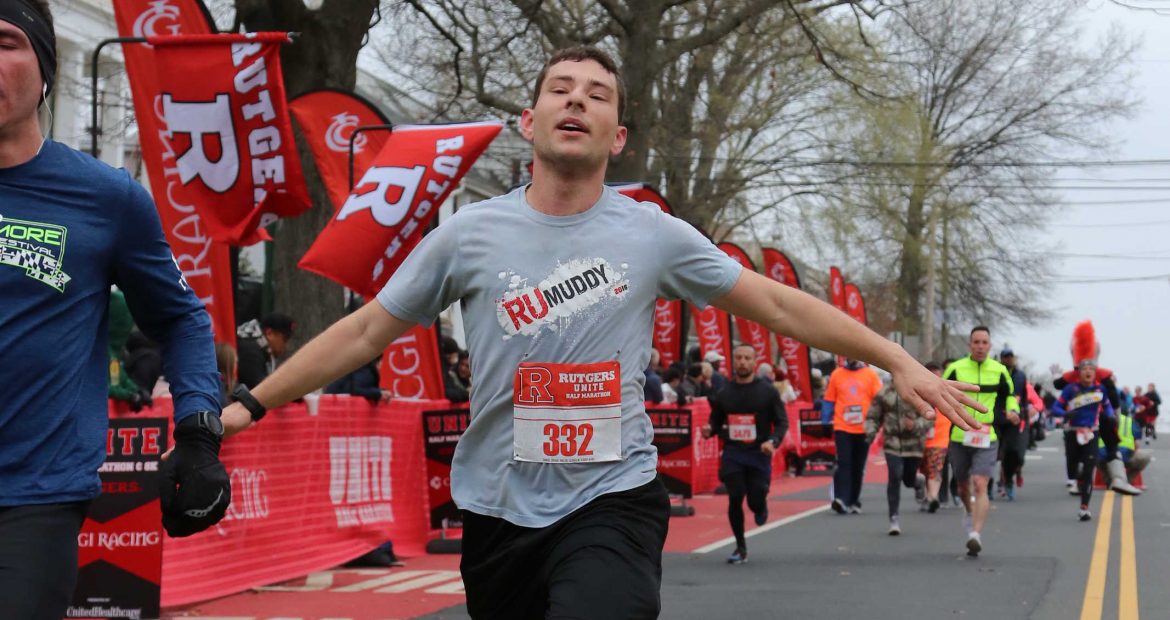 Though he was always involved in athletics, Brother Sam Snyder (Rutgers, 2019) couldn’t be coaxed into running. It wasn’t until he met his current roommate and AEPi brother that he found the motivation to train for the Rutgers half-marathon last year. Now, he has run three half-marathons and looks to take on his biggest challenge yet: the 4K For Cancer program on behalf of the Ulman Cancer Fund for Young Adults. Participants between the ages of 18-25 run or cycle cross-country for 4,000 miles. There are six teams of approximately 30 participants, each taking a different route across the United States. Brother Snyder will run the Boston route, starting in San Francisco on Sunday, June 17 and ending in Boston on Saturday, August 4. On his trip, he’ll have the opportunity to see landmarks such Yellowstone National Park, Lake Placid and Chicago.

“I’m doing this in memory of my grandfather who died of Glioma Brain Cancer at 38 years old. My grandmother is also being treated for Hodgkin’s Lymphoma so I’m proud to do this is in honor of both of them.”

Preparing for the run has been no easy task. Participants must raise $4,500 and host a swab drive to add people to the organization’s registry. As a member of the leadership team, he also had to find hosts for part of the trip that would provide meals and sleeping arrangements for the group. Then there’s the tedious task of training. “I’m on an 18-week training program where I run five days per week. Each day of the 4K, we’ll run about 10-15 miles and cover approximately 200 miles as a team.” Every night, the group is in a different town, staying at schools, gyms or churches. While living out of a sleeping bag is not ideal, he loves the idea of traveling. “I’ve always said I want to travel the world, but I barely know my own country. It’s a lot of wear and tear on the body, but I’m excited to take on this opportunity.”

One of the unique aspects of the 4K is that participants are asked to dedicate each day to someone different that is affected by cancer. They take a marker and write the person’s name on their arm so they can remain motivated during the day’s run. “I’ve already gotten a few Rutgers brothers who have donated and asked me to honor their loved ones. I’m proud of the support I’ve received from my family and friends.” Though the road ahead will be long, he looks forward to calls, texts and mail that get sent to him. When things are at their hardest, he knows this will be what gets him through.

Balancing school, fundraising, training and studying for the MCAT exam has been the most challenging for him. “It’s nice to have an outlet like AEPi. Being in pre-med, you need a way to forget about everything. I wouldn’t be as involved in the Jewish community as I am if it weren’t for AEPi.” Brothers pushed him to go to Jewish events and he began to realize they were fun to attend on his own. He just needed a little push from Rho Upsilon. Now, his brother is a freshman in AEPi and he couldn’t be happier to show him the ropes. “I love that it’s both an enhanced social and leadership experience. Taking leadership roles taught me the time management and organizational skills I need for the workforce.”

“I’m running the 4K for those who can’t. In their honor and memory, I am challenging myself harder than I’ve ever done before. We all have so much potential to unlock, so why not take advantage of it while you still can?”

To follow Brother Snyder’s adventure, visit his 4K web page. In addition, he is looking for more people to whom he can dedicate his run. If you know anyone that has been affected by cancer, email him!