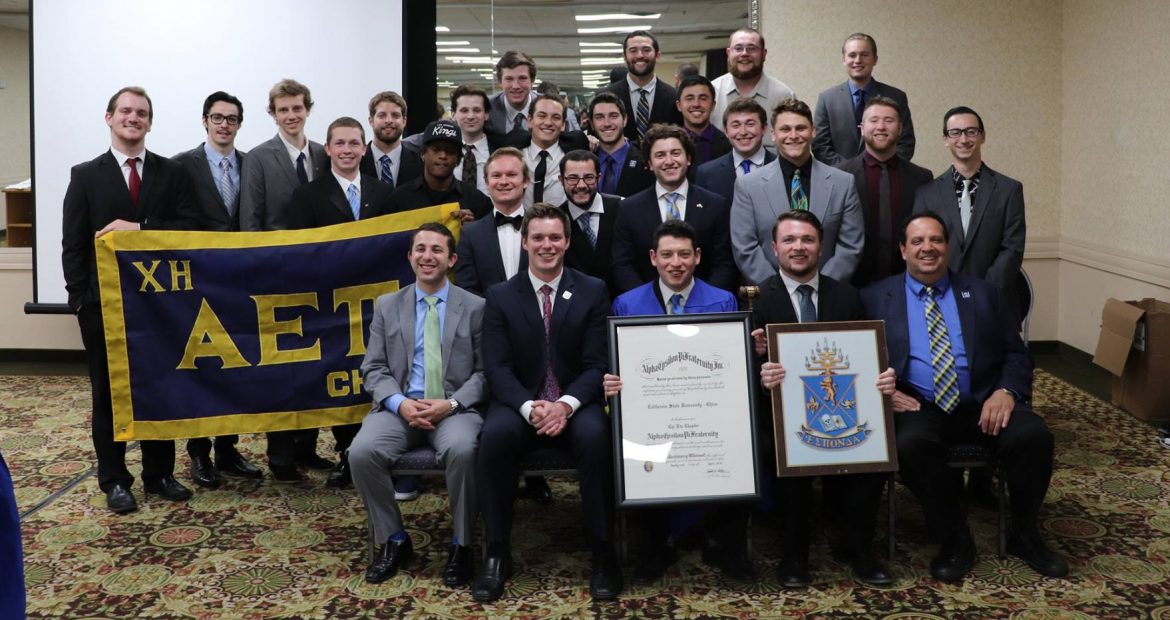 On Saturday, April 21, the Chi Eta colony at Chico State officially became a chapter after proudly receiving its charter from the Alpha Epsilon Pi fraternity.

Gathering at the Ramada Hotel in Chico, CA, more than 70 brothers, family and friends came together to celebrate the evening together. Brothers were excited to hear from Director of Chapter Services Jason Kirschtel, who spoke about his experience with the chapter as an Educational Leadership Consultant (ELC) when they were first founded.

Chi Eta was also happy to welcome close friend and Hillel Student President Hannah Elbaz to the proceedings. She discussed how her bond with AEPi began four years ago and painted a story about how the men have continued to grow since they started their journey. She credited the fraternity for creating a larger community for Chico’s Jewish students and thanked them for making such a significant impact in the lives of students like her at Chico State.

Brothers celebrated with awards, singing and laughter throughout the evening. One highlight for many was receiving the ritual gear. “We’ve had to borrow someone else’s for so long and it was nice to finally have a set of our own,” said Chartering Chair Ethan Cook (2018). Families watched in pride as their sons showcased their hard work.

“I feel like this can be used to motivate people. You work so hard as a colony and once you get the charter, the work doesn’t stop. It’s great seeing that Headquarters has the confidence in us to continue on. Half the battle is getting there, but this is something we will never forget,” said Brother Cook.

See all the photos from AEPi at Chico State’s Chartering here.