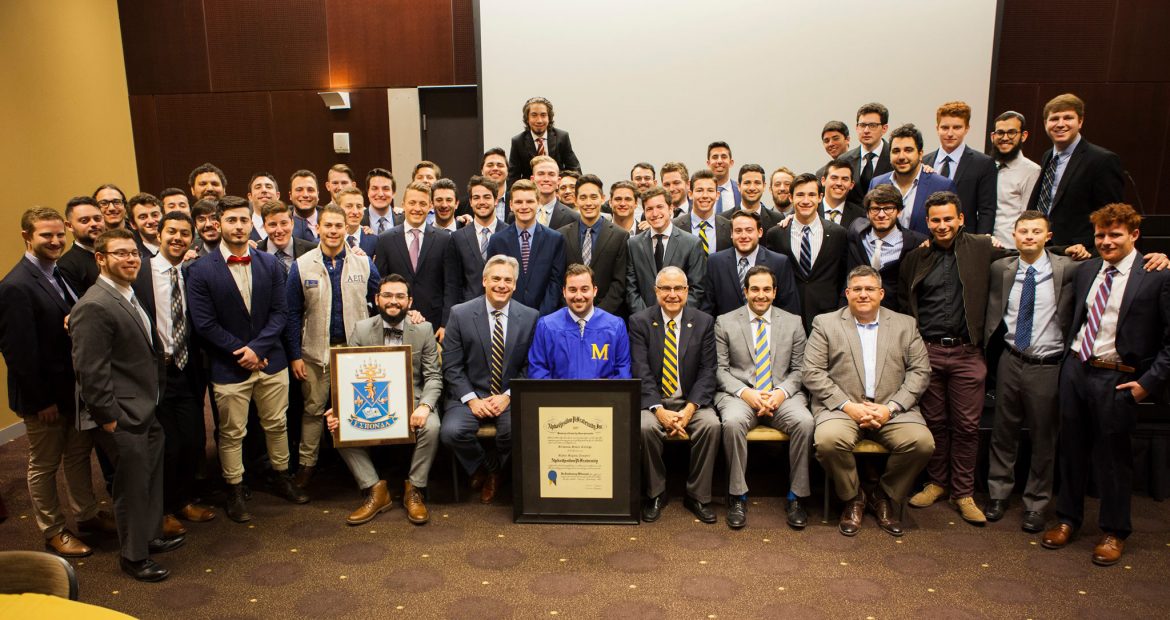 On Sunday, Feb. 25, Alpha Epsilon Pi celebrated its first chartering ceremony of the year with the Alpha Sigma colony at Arizona State University.

To kick off the weekend, the chapter hosted more than 375 brothers for West Coast conclave. AEPi’s Israel Engagement Department brought in an ice cream truck to celebrate Israel’s 70th birthday and area alumni served on a career panel for undergraduate brothers. This is the only regional conclave that hosts a panel for alumni to discuss their respective industry.

“Hosting conclave was an amazing experience. At opening ceremony, you could really feel that we were all united and more than just a chapter of AEPi,” said Brother Ben Hirschhaut (2018).

The energy from the weekend poured into the ceremony, with more than 100 people in attendance. Brothers honored the memory of Brother Noah Jacobson z”l by inviting his father to the ceremony and presenting the inaugural Noah Jacobson Memorial Award for Courage & Leadership. “It was an emotional experience for everyone because Noah was taken away too soon. He will always live on as a brother of both Alpha Sigma and AEPi,” said Brother Hirschhaut.

Brother Gary Shapiro (1971) called up all Alpha Sigma alumni from various generations of the chapter’s history to share the impact AEPi has had on each of them. Special guests such as PSM Elan Carr, Panhellenic President Mary Flora and Panhellenic Advisor Alison Burke spoke to guests about the importance of having AEPi at Arizona State. Alison Burke discussed the dark times fraternity & sorority life is facing and how brothers of the Alpha Sigma chapter are a shining light in conducting themselves and being involved.

Find photos of the chartering event on our Facebook page!