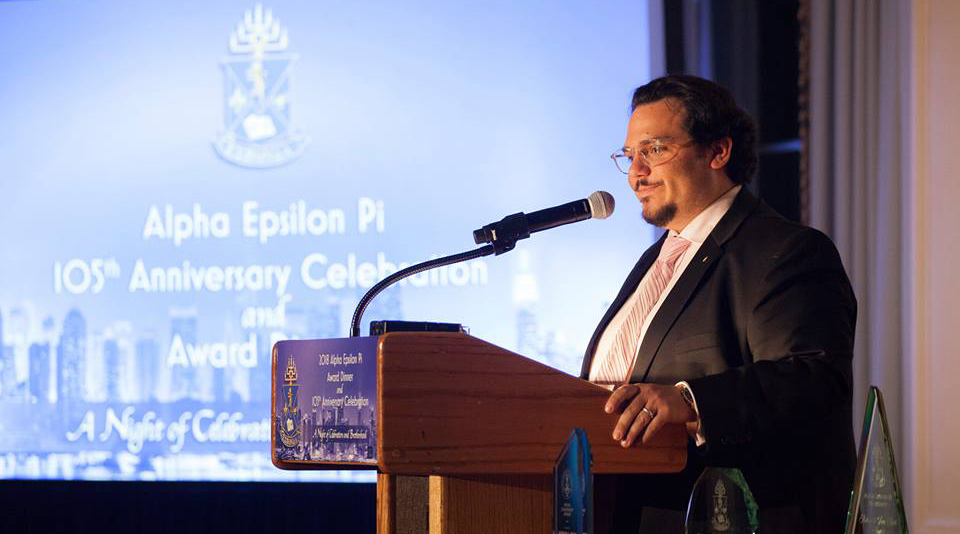 Master of Ceremonies and Executive Director Andrew S. Borans (Florida State, 1980) kicked off the special occasion with a speech on the state of the fraternity. After which, Rabbi Michael S. Friedman (Yale, 1999) gave the invocation blessing, wishing AEPi continued sucess and strength.

The special evening ended on a high note with a spirited recital of Gold and Blue by brothers and guests.

Photos from the reception can be found on Facebook.