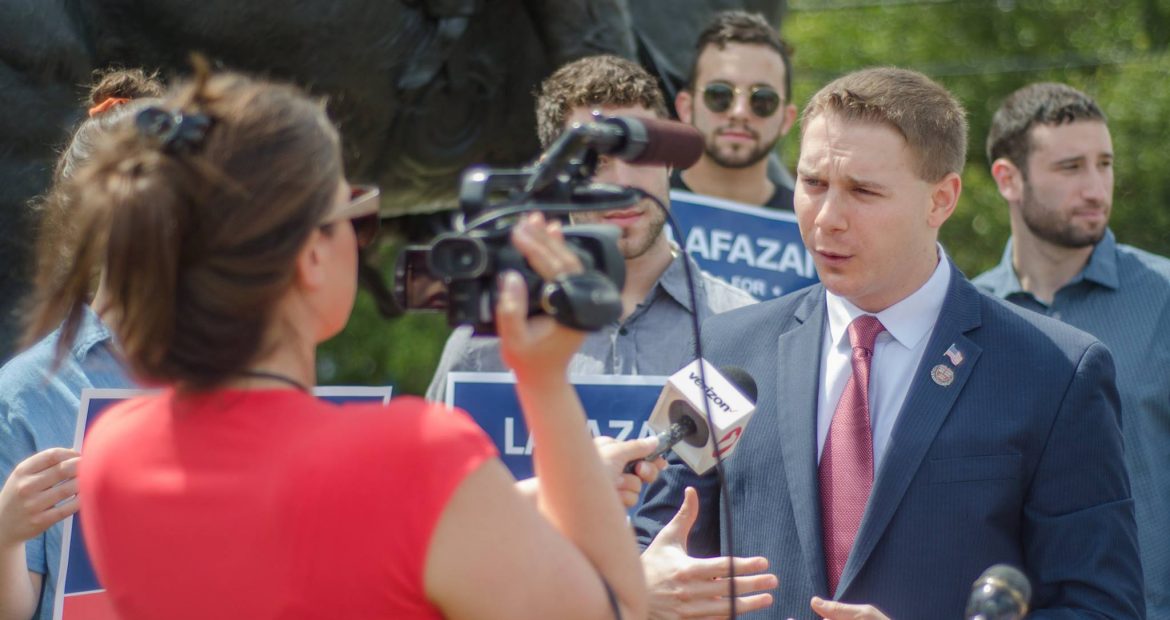 At just 23, Josh Lafazan (Cornell, 2016) became Nassau County’s youngest-ever legislator upon his election to the Nassau County Legislature in November 2017. A lifelong resident of Nassau County, NY, Brother Lafazan represents the 18th District and has always been passionate about giving back to the community and using his voice to represent his peers. While attending Nassau Community College at 18 (before transferring to Cornell University), he served on the Syosset school board.

“Age has always been a challenge for me. There was skepticism when I ran for Syosset school board at 18 and legislator at 23. The triumph is getting people to realize that age is not a prerequisite for success. It does not determine your ability to be an elected official.”

While attending Harvard University for his Master of Education degree, he received an alert from a local newspaper that the Nassau County Executive and a Town Supervisor were under federal indictment for corruption. At that moment, he was inspired to run. “These people had betrayed the public trust and if I wasn’t going to step up and fight corruption in my community, who would?” He announced his campaign on June 8, 2017 and quickly got to work. After putting together an intern team of 50 high school and college students and knocking on more than 20,000 doors, he won the November election with 56 percent of the vote.

“Politics is an endeavor you can’t do alone. I’m here because of the support from my friends and family.” As legislator of District 18, Brother Lafazan represents 52,000 voters and works to enact legislation that affects 1.3 million Nassau residents. Building trust has become a capstone for his platform. “Public trust means that elected officials are behaving with the integrity we should expect from our public service. We need to be doing the work of the people, not the elected officials.” Brother Lafazan plans to bridge the gap by holding town halls in every community of his district in order to increase communication among community members and to remain transparent on any given issue.

Brother Lafazan spent his limited spare time with his brothers in the Beta chapter, who he now calls on for advice and guidance. While he believes the fraternity enhanced his personal network, he credits AEPi’s Director of Civic Engagement David Marias for involving him in the Advocacy Academy. “Being invited to D.C. to establish a network of young Jewish leaders from across the nation who are interested in government was a turning point for me. Now I meet people in politics who are AEPi brothers and there’s instantly a connection.” He was also inspired listening to leaders of AIPAC speak during the conference. “To see the impact these leaders are making in the halls of Congress was something I’ll never forget.”

During his term in office, he plans to tackle the heroin and opioid crisis with a 24-hour hotline for addicted individuals seeking help. He is also working to open 24-hour access center for those with addictions to receive immediate screening, intervention and referral for treatment.

“I hope to inspire young Jewish leaders to get off the sidelines and run for office because we need them. I’m lucky because I get to wake up every day and work with my neighbors to help make our community a better place to live. I’m grateful they put their trust in me to serve.”