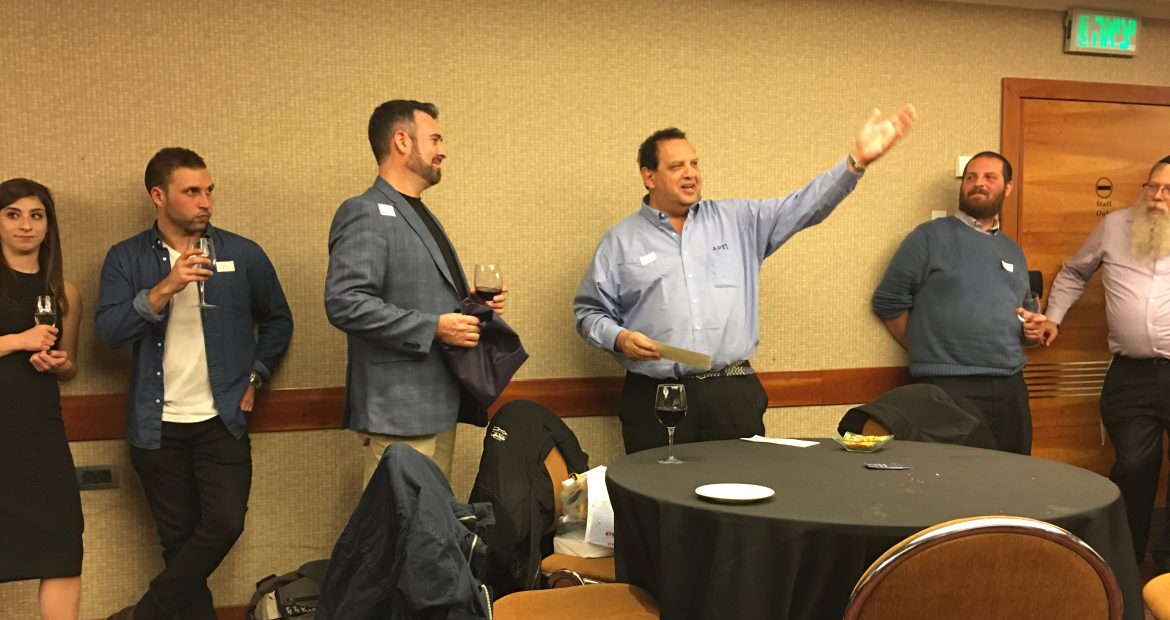 “10, 9, 8, 7, 6, 5, 4, 3, 2, 1…Happy New Year,” shouted a room filled with Alpha Epsilon Pi undergraduates, alumni, guests and friends as they ushered in the new year at the Hilton Tel Aviv in Israel. But there was no ball drop here — that wouldn’t happen for another seven hours in New York City.

This year marked the fourth annual AEPi New Year’s Eve party that brought undergraduate brothers and alumni traveling in Israel together to celebrate 2018.

Director of Jewish Enrichment & Education Moshe Lencer (IDC, 2015) was thrilled to see the interaction between undergraduates and alumni.

“It’s been amazing to see the progression year after year,” said Lencer. “This celebration has become a real tradition for our chapters as well as our Israeli alumni.”

Executive Director Andy Borans took the opportunity to introduce Yoav Schwartz, the uncle of Brother Ezra Schwartz Z”L, who was murdered in 2015 by terrorists while studying abroad in Israel and was posthumously initiated last spring into the fraternity. Yoav happily announced that more than $350,000 had been raised for the Ezra Schwartz Stadium, a memorial baseball stadium to be built in Ra’anana, Israel.