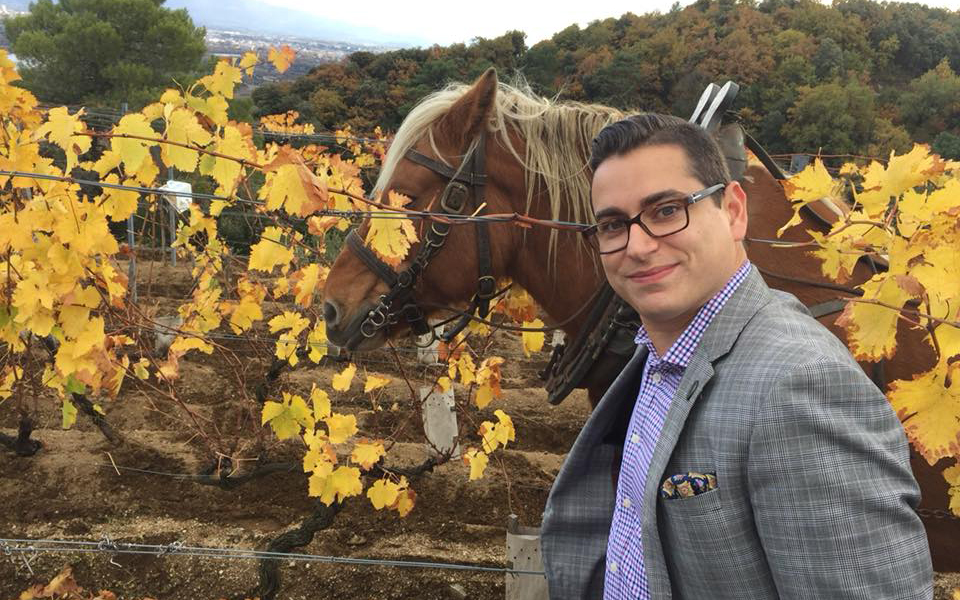 Erik Segelbaum (Drexel, 2004) has dedicated the last 13 years of his life to becoming an advanced sommelier — a trained and knowledgeable wine professional specializing in all aspects of wine service as well as wine and food pairing. In November, he won the 2017 Colombo Taste Trophy after competing in Les Fête des Automnales’ sommelier competition against ten French sommeliers and ten American sommeliers.

“It’s a huge honor to win this award, especially since Americans don’t typically win a French wine competition. For me, this is definitely a personal achievement and victory. I didn’t expect to win, and it’s a significant achievement for both my company and me.”

Started in 2009, Les Fête des Automnales is a Rhône Valley harvest festival hosted biennially. Contestants for the sommelier competition are selected from some of the best restaurants in France and the U.S. and are allowed to compete by invitation only. Each candidate must complete a written 40-question theory exam, blind tasting and identification of various wines as well as vintage identification.

In the final round, Medhi Benhamida from France and Brother Segelbaum remained. “We had to compete on stage in front of 500 people. We demonstrated our skills by pairing one of three different wines with the main course dinner and explaining to the room why we chose the pairing.” In the end, though, Brother Segelbaum was declared the winner.

At the age of six, he knew he wanted to work in some facet of the restaurant business. “My love for cooking started with the fond memory of preparing holiday foods as a child.” While pursuing degrees in business and culinary arts with minors in hotel restaurant management and nutrition food science at Drexel, Brother Segelbaum joined the Delta Rho chapter and served as Undergraduate Supreme Governor for AEPi in 2003. “Growing up an Orthodox Jew, it was important for me to maintain my values and upbringing…so AEPi was the natural choice that became my Jewish home-away-from-home.”

Following graduation, Brother Segelbaum moved to Miami to help open a luxury hotel restaurant, which gave him the opportunity to transition from a chef working in the back of the house to a sommelier in the front of the house. “As I got older, I went from drinking wine for the alcohol to drinking it for flavor and understanding what it meant. I developed my talent and learned to truly appreciate the full taste.” Following the job in Miami, he worked in Seattle for six years and then ultimately made the move back to the East Coast for a job with Starr Restaurants.

Following his victory, Brother Segelbaum hopes to continue his training and eventually become a master sommelier — title held by only 236 professionals worldwide and the highest honor a prospective sommelier can achieve.

“My successes are due to two underlying factors: the importance of community and never being afraid to grow and change along your path of life. Surround yourself with great people and have long-term vision with short-term planning. Be willing to accept new possibilities and opportunities as they present themselves and never be afraid to take risks!”