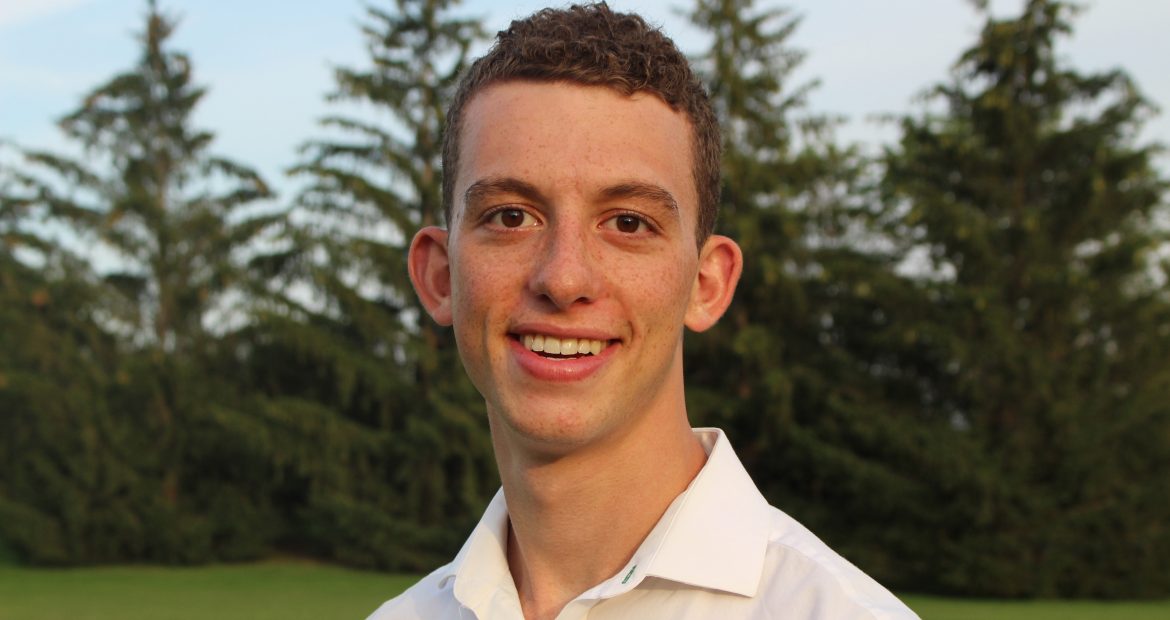 How did a biomedical sciences senior at the University of Guelph with plans to go to dental school end up assisting with a focus group for Oprah Winfrey’s debut on 60 Minutes?

For Max Silver (Guelph, 2018), what started as vocal impressions when he was a child has slowly developed into a passion for analyzing people’s traits and what makes a person tick. Coupled with his extroverted personality, this would all pay off at AEPi’s 2017 International Convention in Las Vegas where he met with Past Supreme Master Elan Carr, U.S. Congressman Eliot Engel and American political consultant and pollster Frank Luntz over dinner.

“Frank is a public opinion guru, and his mantra is that it’s not what you say, it’s what they hear. He gets to the bottom of public opinion through focus groups. Like me, he enjoys analyzing people’s social nuances and understanding various schools of thought. To do this, he hosts focus groups to engage people and get them to share their opinions on a specific issue.”

The two hit it off and Luntz asked Brother Silver to assist with a focus group for 60 Minutes featuring Oprah Winfrey as the facilitator of a discussion on the political divide among U.S. voters following the 2016 presidential election.

“I try to approach every situation as an opportunity to learn. People are attracted to passion and inquisitiveness, which has facilitated many of my relationships and experiences. A dedication to personal growth is an unstoppable force.”

Brother Silver was instrumental in selecting people for the focus group and drafting the questions that Winfrey would ask. The state of Michigan played a crucial role in the election results, so the episode was filmed in Grand Rapids. “I was charged with deciding what was pertinent and what would get people talking. I had to figure out the types of questions that would get to the bottom of what people were really thinking.”

To select the focus group participants, Brother Silver led discussions with small groups of candidates about their political views, watched how they interacted with each other and evaluated the quality of their remarks. Questions ranged from who they voted for and why to whether they would still vote for that candidate today. “The point was to get them talking and gauge whether or not they had well-rounded opinions that were backed by support. We needed a diverse group that represented a slice of the American population.”

The experience was eye-opening for Brother Silver. “People were tearing up and emotional in the end because they’re all American and just want what’s best for the country. This experience in particular opened my mind to be more tolerant and realizing the beauty in differences.”

AEPi has provided Brother Silver with numerous opportunities for growth and skills that one can’t learn in a book. “The fraternity played a huge part in developing me into the person and leader I am today, and I can’t say thank you enough. Without AEPi, this opportunity likely would have never presented itself.”

You can watch the episode of 60 Minutes or read the transcript of the discussion here.