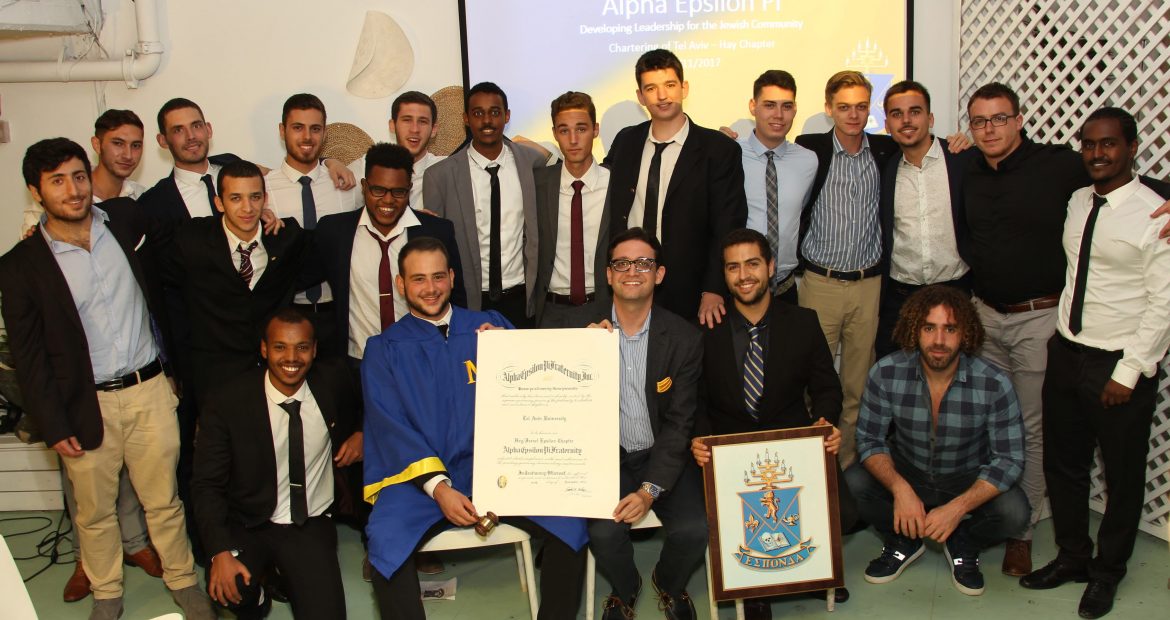 On Thursday, Nov. 2, the Upsilon Kappa Iota colony (University of Bristol in the U.K.) received its charter — kicking off our International Conclave weekend.

Brothers, pledges and guests enjoyed a three-course meal at the Rainbow Casino in Bristol while giving out chapter awards and hearing from special guests like past Educational Leadership Consultant (ELC) Zak Shutkever (Nottingham, 2016).

“Having brothers and alumni from every inch of the globe was great. I particularly enjoyed when we finally accepted the charter,” said Brother Master Max Lever (2018).

Following the chartering, more than 100 brothers from AEPi chapters around the U.K., Austria and Israel gathered in Bristol from Nov. 3-5 for AEPi’s sixth International Conclave.

The following Monday, Nov. 6, the Israel Epsilon colony (Tel Aviv University) became the fourth chartered group in Israel. More than 50 brothers, alumni and friends were in attendance, including brothers from the Interdisciplinary Center, Hebrew University and Bar Ilan University.

Harrison Greenspan (UC Irvine, 2014), past ELC for the chapter, was video-conferenced in to make a short speech about the brothers.

“Harrison was instrumental in getting us our charter. Without him, I’m not sure we would have been able to do this,” said Brother Master Asaf Bisker (2019).

One highlight of the evening was Gabe Isaacson (Georgetown, 2016) being in attendance. Although Brother Isaacson lives in the United States, he was initiated at Tel Aviv University.

“This was one of the most exciting experiences of my life. It’s amazing that 100 years after the Balfour Declaration, we were sitting as a Jewish brotherhood in the first Hebrew city to celebrate our chartering. While our hard work has paid off, there’s a lot of pressure to prove ourselves now more than ever. Am Yisrael Chai,” exclaimed Brother Bisker.