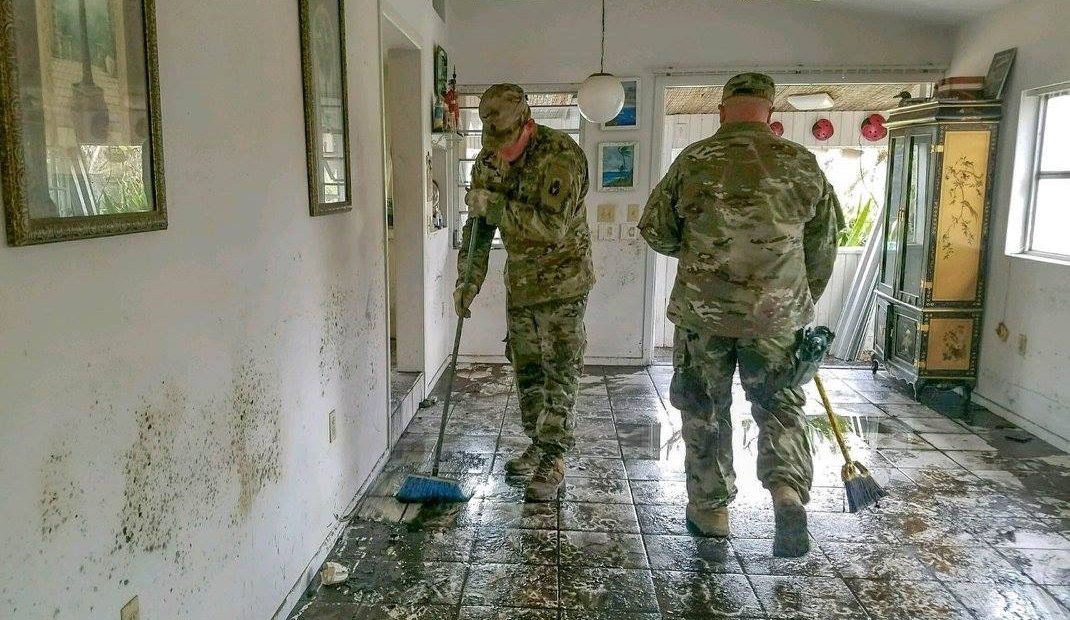 Hurricane Irma stretched more than 650 miles wide and swept up winds of 185 MPH for 37 sustained hours, claiming the lives of 12 U.S. citizens. 6.3 million Floridians were told to get out while they could. Many chose not to; many simply could not.

Brother Quinn Bonner (Florida Gulf Coast, 2020) was there – during and after – to help.

Along with just eight other service personnel, he guarded a local Ft. Myers-area high school serving as a shelter. The shelter was at capacity, housing local community members as well as 1,200 Haitian refugees living in the U.S. under temporary protection status after the devastating 2010 earthquake that hit Haiti.

“It was a great experience as a whole; although, I wouldn’t want to have to do it again. You learn a lot about human behavior and a basic understanding of how people tick. You see more acts of humanity when you’re out doing these kinds of things.”

Things were not easy for Brother Bonner during this time. In addition to physical and mental challenges, his grandmother passed away during his service. “That was difficult, I couldn’t really think about it. It didn’t really hit until afterwards.” He found the strength to pull through it all.

As a Cannon Crewmember (13B), Brother Bonner always knew he would be an Army man, enlisting at age 17. Prior to college, he served as military police on two military bases at Fort Bliss in Texas and Ramstein Air Base in Germany. He was even part of the presidential inauguration security force this past January.

Like so many of our AEPi brothers, Brother Bonner was initially not completely sold on Greek life. Looking for the similar brotherhood bonds he experienced in the military, he found AEPi at Florida Gulf Coast University and never looked back.

“In the military, there’s a tight brotherhood bond – and I loved that about AEPi. There I saw 25 brothers who were all so tight-knit and as close as could be. That’s what I wanted. As a secular Jew, the chapter also helped me get in touch with Judaism.”

Brother Bonner is on track to graduate in 2020 with a marketing degree and plans to make his way into corporate advertising after serving in the military as long as he can.