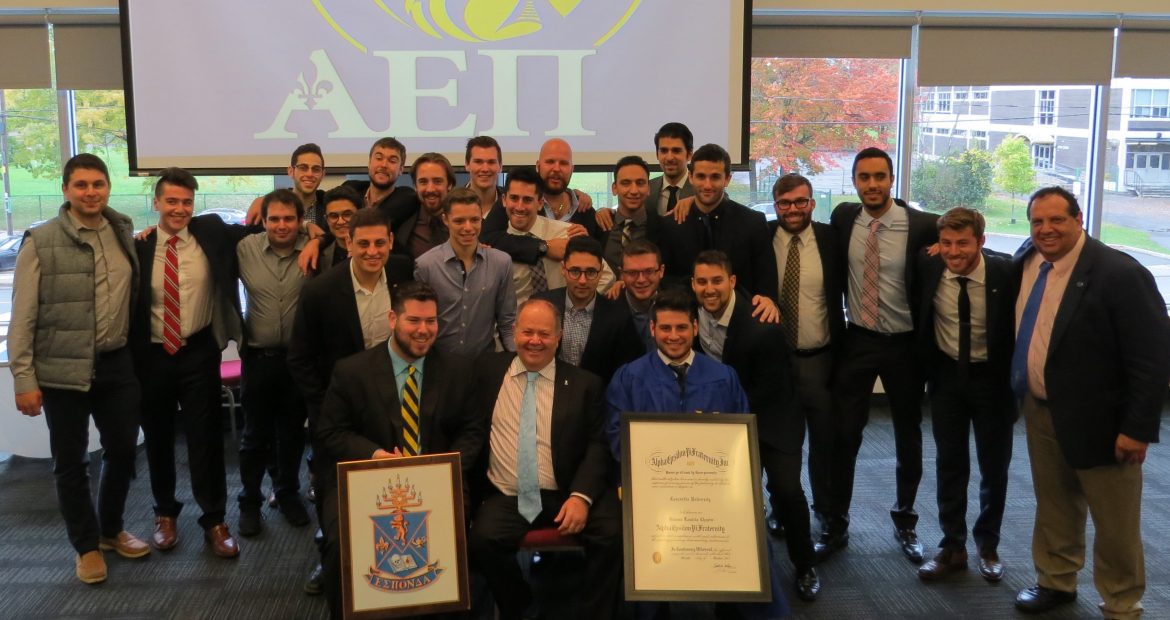 “As a Founding Father, it was an incredible experience to see that the effort our colony put in had paid off. From the beginning, it was a privilege to be a part of this growth. Whether it was being initiated as a founding father, receiving AEPi’s most outstanding colony award in 2016 or being recognized as a full-member of Concordia’s IFC, I’m honored to have been a part of it. Gamma Lambda looks forward to continue its work to reach new milestones and achievements,” said Brother Master Nathaniel Polachek (2018).

More than 50 brothers gathered for a brunch in the small suburb of Côte Saint-Luc to celebrate the chapter’s two years of hard work and dedication that earned them this honor. Of the guests, the Dean of Students as well as the head of B’nai B’rith Canada were in attendance.

“For me, the highlight was watching parents enjoy the ceremony. Many of them have never been a part of an organization like AEPi so they were proud to see us accomplish something like this. I also enjoyed being able to sing Gold & Blue with my other Canadian brothers,” said Bradley Hier (2019), Chartering Chair.

Executive Director Andy Borans and Past Supreme Master Larry Leider (York, 1991) spoke to guests about the importance of AEPi being a home-away-from-home for Jewish students who will become tomorrow’s Jewish leaders.

Brothers of Gamma Lambda were then presented with a set of Greek letters to put on the front of their first chapter house. This gift was kindly donated by Jewish student and friend Yesy Gilels. Leo Erlikhman (Queen’s University, 2015), a past chapter consultant, also presented the group with a book containing all Founding Fathers’ signatures. “These were great gifts that are now a part of our chapter history,” said Brother Polachek.