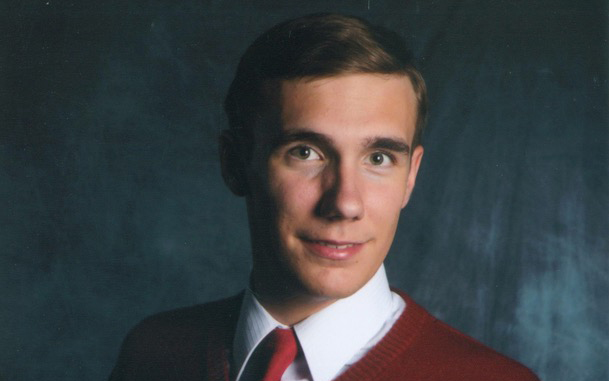 Two years ago, Brother Lang Eric Sundby (Oklahoma, 2018) saw “Woman in Gold,” the story of a Jewish refugee who takes on the Austrian government to recover artwork stolen from her family by the Nazis. Afterward, he learned about a painting at the University of Oklahoma purported to have been stolen by the Nazis. Inspired by the film, he worked to return it to its rightful owner. With the help of Alex Harbach and Spencer Peoples, it was successfully returned to France.

This lead to Brother Sundby founding the Institute for Cultural Restitution, a nonprofit advocating for the return of stolen antiquities throughout the world.

“Our dedication extends far beyond the Jewish community. We work every day to uphold the ideals of Tikkun Olam by fighting to return these looted artifacts to their original homes whether that be France, a Native American tribe, Israel or beyond. Our work defines the movement to restore the decimations that have occurred in the past and to contribute to a future with a more historically aware society.”

“We’re changing the art industry because there has never been a student-run activist organization like ours before. It’s amazing how many people are against returning the items that aren’t rightfully theirs.”

In addition to running a nonprofit and being a full-time student, Brother Sudby is a proud member of the Omega Upsilon chapter, where his brothers challenge him to become the best version of himself. “Being in AEPi has shown me how diverse the Jewish community is. Though our chapter and Jewish community are small, they’ve changed my life.” He has served as both Master and Lt. Master.

Recently, Brother Sundby attended a conference hosted by the Commission for Looted Art in Europe. “There are few people in the field of restitution, but this conference brings us all together to discuss how we can help Holocaust survivors recover their lost antiquities before they pass away. It’s imperative that we continue this work as I’ve never met a survivor or the family of a survivor who wasn’t emotionally moved by receiving their art back. It doesn’t bring full justice, but for some it heals wounds.”

Brother Sundby will graduate this coming May and will remain heavily involved with the Institute for Cultural Restitution. You can learn more about it at holocaustfoundation.org.