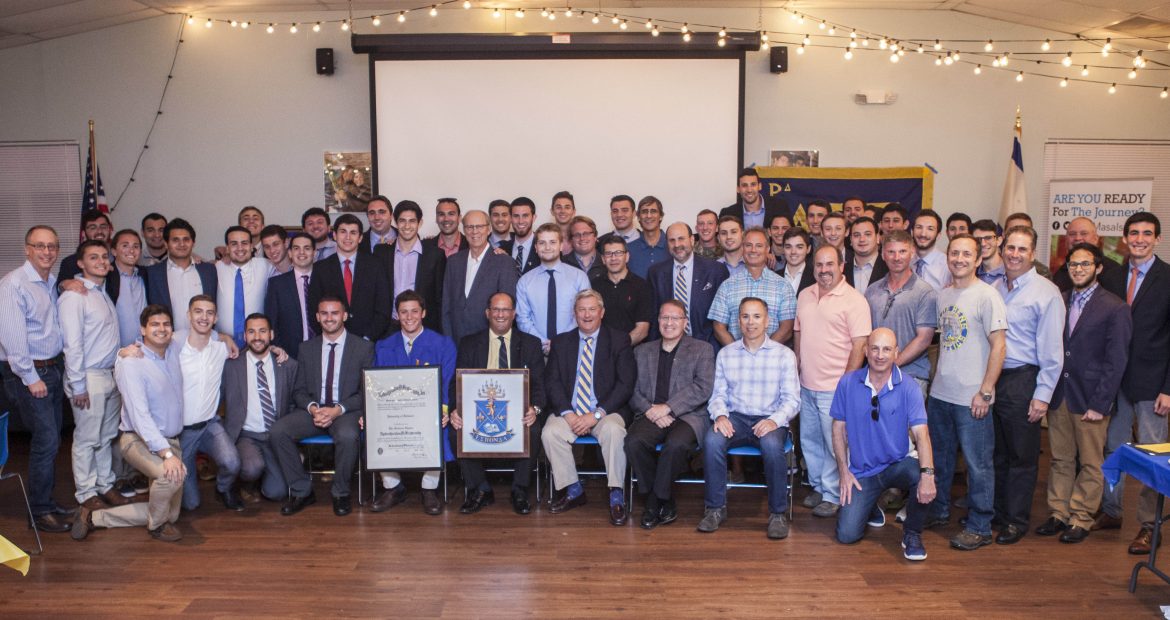 On Saturday, Sept. 16, the Rho Deuteron colony (University of Delaware) received its charter — making it an official chapter of Alpha Epsilon Pi Fraternity.

The morning began with undergraduate brothers and more than 70 alumni gathering for a tailgate before the Blue Hens took on the Cornell Big Reds.

“Alumni enjoyed passing around old photos of when they were in college. A few have sons rushing AEPi while others are now married to chapter sweethearts. It was nice to watch everybody catch up and see where each other is in life,” said Director of Philanthropy & Partner Relations Jonathan Polson (Vermont, 2015).

In the evening, more than 100 undergraduate brothers, alumni, family members and guests gathered at the University of Delaware Hillel to celebrate the chartering. Attendance also included 11 past chapter masters and founding fathers from 1979.

The Chabad Rabbi’s Havdalah sermon discussed fire and its ability to defy gravity. In a similar light, he called for Rho Deuteron brothers to act like fire in order to defy and exceed expectations.

“Perhaps one of the most memorable speeches that night was from Donna Schwartz, the Executive Director of Hillel at the University of Delaware. She stressed the importance of AEPi’s partnership with Hillel and explained that if AEPi is strong on campus, Hillel is,” said Ethan White (2018), Chartering Chair.

Mazel tov to the brothers of the Rho Deuteron chapter at the University of Delaware!