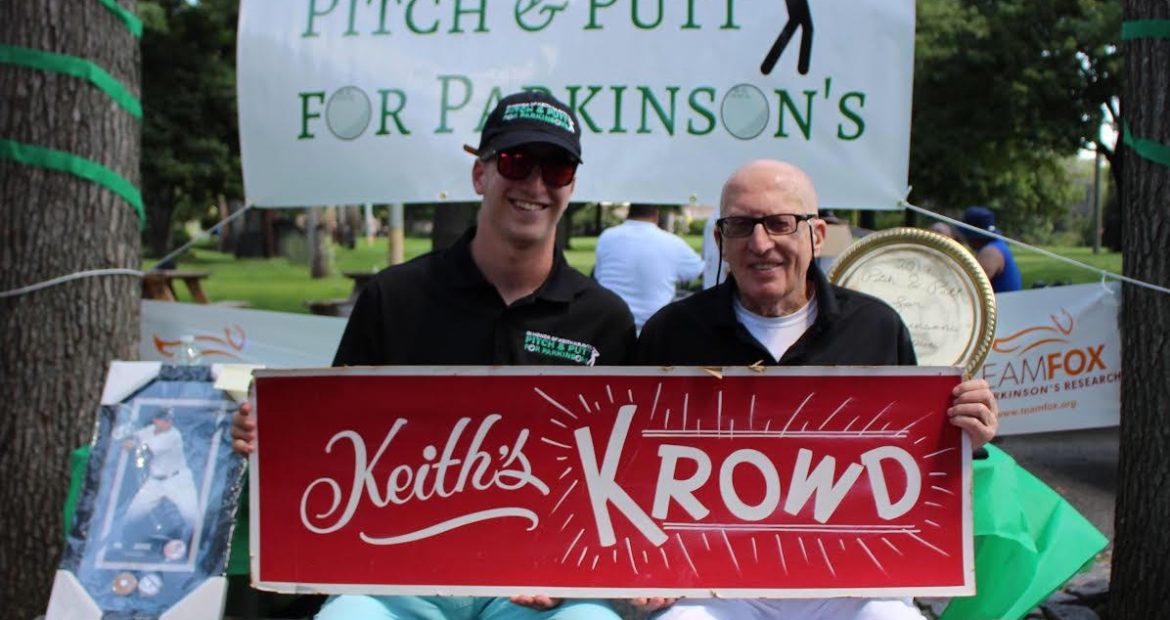 After losing his father four years ago to Parkinson’s Disease, Kyle Kravitz (Tampa, 2019) quickly went to work to eradicate the disease that affects roughly 5 million people in the world. “I was extremely close with my dad, who was sick from the day I was born. He lived with Parkinson’s for 25 years, but you would never have known he was suffering. Even in his worst condition, he would take me to the park to play ball and run around.” Brother Kravitz recently raised $10,860 for Parkinson’s research by organizing a charity golf outing in honor of his late father in Queens, NY.

While his father’s condition never got in the way of giving his son the best childhood he could have hoped for, he knows other families aren’t as lucky. For Brother Kravitz, it was difficult to see his father’s suffering. “I admired that he pushed through the disease like it was nothing; it taught me a lot.”

After his father’s passing, Brother Kravitz found his home-away-from-home at the University of Tampa.

“There is nothing I can do to bring him back or make what happened better. But knowing what those affected by Parkinson’s and their families are dealing with, I want to do something with my life that doesn’t just benefit me. That’s not success. Success is finding something you love to help others. Finding that purpose should be what truly satisfies you and makes you feel successful in life. It was this path to success that led me to the Michael J. Fox Foundation.”

The Michael J. Fox Foundation is the leading organization for research on Parkinson’s disease and where Brother Kravitz just finished his first summer internship.

Once he started at the Foundation, Brother Kravitz began brainstorming how to make an impact and fundraise for the non-profit. He stumbled upon the idea of hosting a golf outing. “I wanted an event that would be fun and bring people together. Within a month and a half of the idea, it all miraculously came together. I never imagined it would take off like it did since it was just me working on it.” He credits his grandfather for pushing him along to always aim for a higher goal. His hard work on the event — Pitch and Putt for Parkinson’s — got him recognition from the city through an official city citation. “I was touched and honored that everyone came out. I’m looking forward to continuing this event for years to come.”

In the spirit of advancing Tikkun Olam, Brother Kravitz hopes to take this learning experience from the Michael J. Fox Foundation and use it to better the philanthropic efforts of the Tau Phi chapter. “I want our chapter to become a major player in philanthropy for AEPi. The possibilities are endless for us.” He firmly believes that because of AEPi, learning opportunities never end. “I have grown as a person, a Jew and a leader because of my fraternity. AEPi has molded me.” He currently serves as the chapter Master and hopes to continue pushing his chapter brothers to get as involved as possible and make a difference in the world.

“I’m sure my dad is proud of me. He’s probably kvelling wherever he is. I think that I’ve truly found my passion in philanthropy, but specifically finding a cure for Parkinson’s. I hope this passion continues to lead me down the right path and that I can, one day, have the opportunity to celebrate a cure being found. I believe that everyone has a cause they’re connected to and if everyone were to put in their fair share of hard work in supporting that cause, we can make the world around us a better place to live. It doesn’t happen until we make it happen.”