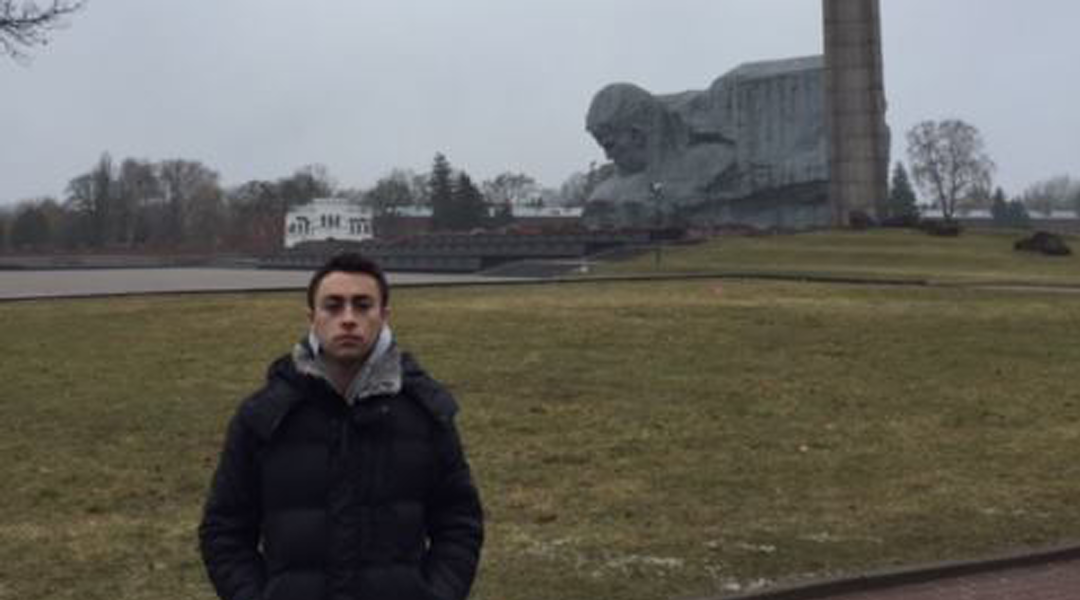 Despite being the oldest Jesuit-affiliated Catholic school in the country, Georgetown University has a thriving Jewish community and curriculum for brothers like Dylan Camche. Through the school’s Center for Jewish Civilization, Brother Camche had the opportunity to travel to eastern Europe to study the Holocaust by bullets.

“The goal of the trip is to look at what happened outside of camps like Auschwitz. With governments that do not recognize the existence of the mass shooting gravesites we visited, it’s our duty to find them and honor them.”

Led by Father Patrick Desbois, the trip took students through Krakow and Oswiecim to view the last remaining synagogue and restored Jewish cemetery. Afterward, attendees were taken to the Auschwitz complex to tour the camp and mass graves. Finally, everyone travelled to Minsk, Belarus and Brest to meet a man whose father dug a mass grave for Jewish men, women and children in Bronnaya Gora. The man’s father dug a mass grave for 50,000 Jews who were shot and killed.

“I was in awe when he told us that only about a kilometer away, his mother was also forced to dig a grave for 3,000 more. No one knew about the smaller grave until that day, so finding this out showed me how important it is to find and protect these sites that have gone unnoticed. For every village, there’s a mass grave in eastern Europe. Time is running out to speak with witnesses and collaborators who know information because of how old they’re getting. These people should not be forgotten because if the Jewish people don’t mourn them, no one will.”

It was challenging for Brother Camche to see people turn a blind eye to what happened. Not having government support to adequately care for these sites and the people that perished there changed his perspective on everything. He visited Brest Fortress and heard the story of Yefim Fomin, a Jewish commissar in the Soviet army who was killed by the German army while defending the fortress.

“At the site, they simply say a commissar died fighting against the Germans. No one even mentions that Yefim was Jewish. They erase history by not recognizing what happened here.”

If Brother Camche learned one thing, it was that he needs to educate himself and others about the Holocaust and that people didn’t just perish in camps.

“You can’t return from this trip depressed. If anything you should be determined to make an impact so it doesn’t happen again.”

He looks forward to bringing back what he learned to the Eta Sigma Chapter at Georgetown. To him, it’s important to educate how important Israel is for the Jewish people.

“Having the opportunity to go on Birthright weeks after my trip to Krakow truly enhanced my experience. The discoveries I made were invaluable.”

“With one million executed Jews lying in uninvestigated mass graves across Eastern Europe, it is incumbent upon the Jewish community to fully unveil what was the Holocaust by bullets. If we do not fight to protect and memorialize the mass graves and victims within, the Nazis and other contemporary actors will succeed in fully eradicating Jewish memory and history.”