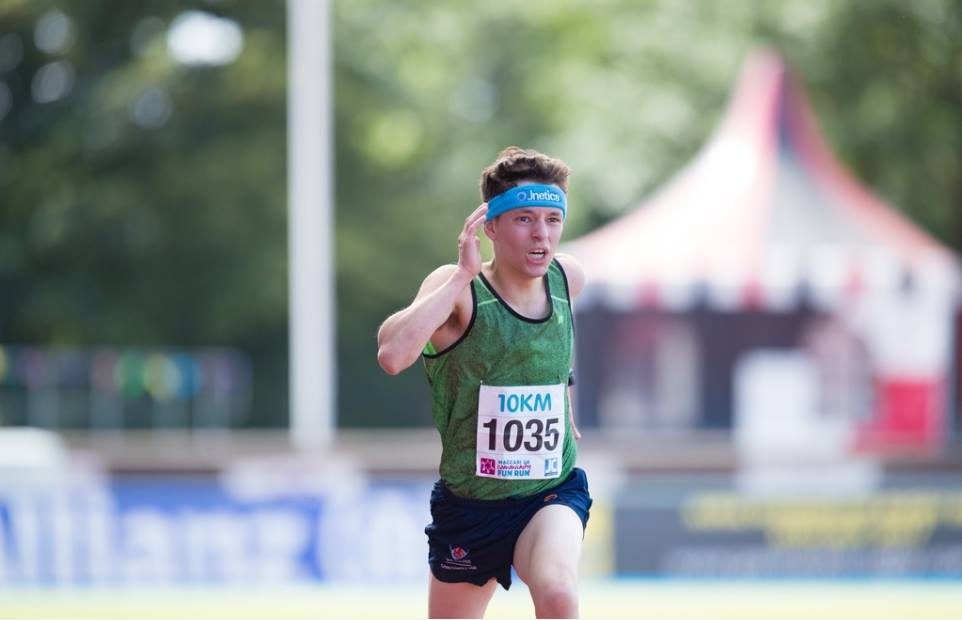 Brother Charlie Hillman has always had a passion for running and philanthropy. When Brother Hillman had the opportunity to participate in this year’s Maccabi GB Community Fun Run, he was instantly on board. Aside from supporting the British Jewish community through sport, education and well-being activities, Maccabi also raises funds and awareness for Jewish organizations like Jnetics, a charity in the U.K. dedicated to improving the prevention, diagnosis and management of Jewish genetic disorders.

“As a medical student, I have done a lot of research on Jewish hereditary diseases. It amazes me how, by just being Jewish, I am more at risk. Supporting a charity that relates to what I’m studying right now seemed right.”

This was Brother Hillman’s second Fun Run in four years. While trying to beat his personal best time, he finished first in the 10K race.

“It was a great feeling, but not solely because I won. Seeing people from the community raising money and promoting health and well-being was fantastic. I connected with the charity because hereditary diseases aren’t discussed enough in Jewish populations.”

“Initially, it was challenging to recruit non-Jewish friends to sponsor me for a Jewish charity. However, my passion and knowledge of the subject truly helped me push forward.”

“It was a total coincidence that we both decided to run. Joe is our current philanthropy chair so running with him was almost like passing the torch.”

He is excited to see where Brother Klein will take the chapter in philanthropy over the next year.

After taking on a 10K at Maccabi, Brother Hillman hopes to continue participating in the Fun Run to some capacity. He has taken part in nine cross country club races that were small, national or championship races. To train, he runs twice a week at university. This year’s race was three weeks following exams.

“I had about a month of training after exams because I had to dedicate all of my time to studying. I was worried, but found a program that fit my needs.”

He looks forward to strengthening Jewish identity within the chapter this coming school year. St. Andrews is a small but driven and thriving Jewish community. Students tend to lead engagement and he plans on being at the forefront of this movement.

“Many of the brothers aren’t as connected with Judaism as they’d like to be. I want to facilitate events that get them in touch with their roots. AEPi has given me a chance to recognize my connection to Judaism while also strengthening my identity and the identity of other Jewish students at St. Andrews.”

“One philosophy I’ve grown to appreciate it that it’s never too late to try something new because it may as well end up becoming a central part of your life. As someone who had never run a proper race before attending university, I encourage everyone to step out of their comfort zone.”