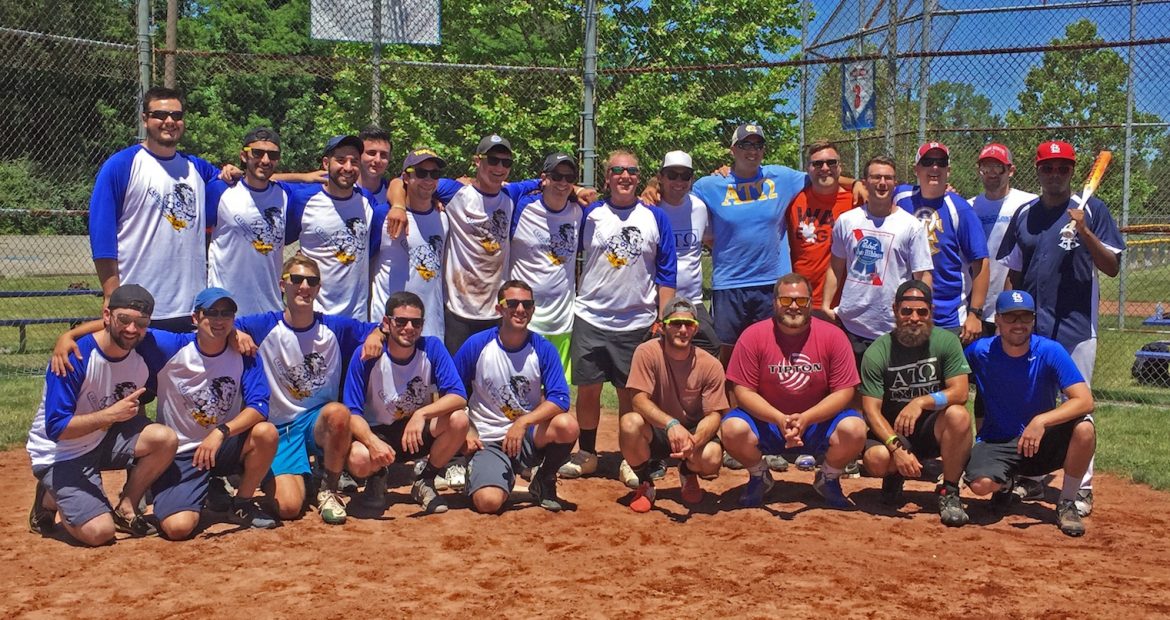 Played round-robin style, each team played each other once to determine the two winningest teams.

Packed with interfraternal action, three games stood out the most:

AEPi had its most successful run in tournament history this year, coming within one run of winning the championship. Lead by head coach Jonathan Bridge, staff took to the field for two months of scheduled practice to prepare for this year’s games.

“The team that has the most fun wins,” said Bridge. “We trained to accomplish three things in practice: (1) to have the most fun, (2) to swing at your pitches and (3) to hit the cut-off man on defense. We accomplished two of those three.”

AEPi looks forward to next year’s game and thanks everyone who participated.