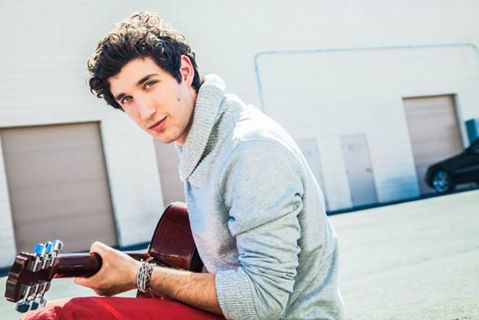 The music industry is arguably one of the hardest industries to get into. For Camden West,  it’s a game of who you know. Since graduation, he has been working hard in the Las Vegas area to spread his name, build his fan base and write music.

“Vegas has been a stepping stone for me, but the focus is to use this time to build myself up so I can eventually gain more exposure.”

A typical day for Brother West consists of waking up, having a studio session, e-mailing music labels and festivals and then playing shows by night. If he wakes up and has a song in his head, he’ll start writing it down or record what he can.

“Lately I’ve had a few different photo shoots for the bands I’m a part of. We try to play three to four times a week and travel to places outside of Las Vegas on the weekends where we can get a gig. To me, it’s just doing what I love 24 hours a day.” Vegas is a town of entertainment, so there’s always plenty of opportunities.

Since there are no rules and it’s an every man for himself mentality, he does all that he can to penetrate new audiences. Even though there’s always competition, Vegas has remained a small, but growing and close-knit group of musicians.

“It’s hard out there, but in places like New York and Nashville it can be even worse because there are so many people trying to do the same thing. Here, we grow together as musicians and as a family knowing that eventually something will happen to one or all of us that will put us on the right footpath to success.”

Songwriting and performing are his two biggest passions and, eventually, he would like to write commercials and TV shows.

“I build my portfolio in hopes that it will eventually lead to my dreams coming true. Since I finished at Arizona, I’ve been able to put 100% of my time towards music and this is where the fun begins and where the memories start. You never know what could happen.”

He started his first band, Gun Show, in middle school with his friends. This band followed him through high school into college where he would become a part of bands like Generation Y, the Keys and Audio Soul. His most important project at the moment is his solo project: Camden West. His background and bachelor’s degree in communications with a minor in music has helped develop his writing abilities and put him in the direction he wants to go.

Joining AEPi was not part of the original plan. He had a few friends that were brothers who convinced him to rush in the spring of his freshman year.

“My first semester, I was in the process of recording an album. When I took the chance, the rest was history.”

Being an AEPi gave him a whole new group of friends that he would have never made without the fraternity. With music, it takes a lot of support and help to get your name out there to become a success.

“Having more than 100 brothers showcase my talent helped a lot. The support they give you is worth more than anything else. They will always have your back.”

Being Jewish and going to college can be a struggle, students sometimes lose pieces of their Jewish background.

“Once I joined AEPi, Judaism never faded because being in a Jewish fraternity strengthened this part of me.”

After graduation, he went on a tour with a friend from AEPi. Together they traveled the U.S. playing and trying to get as many shows as possible.

“One of the best parts of that trip was stopping in at AEPi chapters in different cities and playing a show for them. Seeing the brothers at Brandeis University was fun because I had a good friend in that chapter.”

After, he returned to Las Vegas to continue his work.

So far, he has released one album and a five song EP. He is working on recording a new album, which has been an exhilarating experience.

“I remember going into the studio for the first time and it was scary because I wasn’t used to hearing my voice recorded. It’s a cool feeling to have something you’ve made ready to be released so people can listen to it.”

“There’s no formula to get where you want to be in life. It just consists of you working hard and making yourself into the person you want to be. Work hard and take the risks to change the status quo.”

To learn more about Brother West’s music, visit his website.