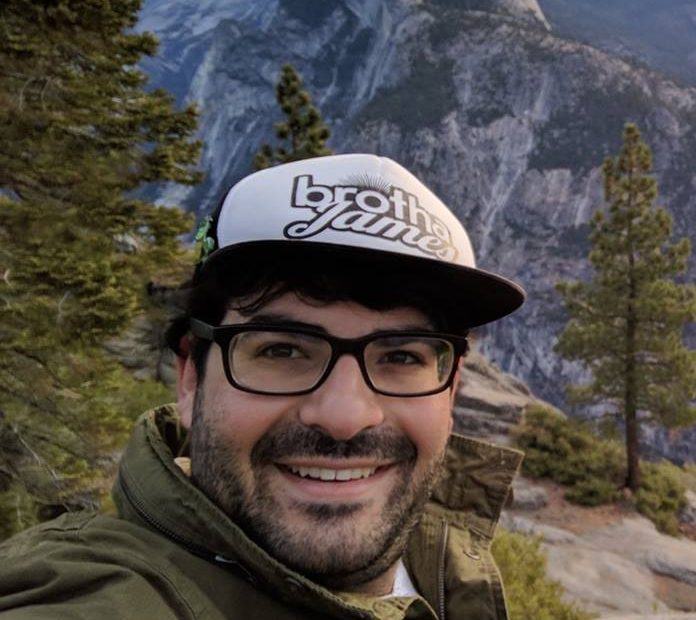 This week’s feature is in honor of Earth Day.

Nature and the outdoors have always been a profound passion for Matt Duncan (California State University – Fullerton, 2013). His dedication to educating others about our planet led to the creation of The Upcycled Toys Club, a family friendly recycling activity series. This storybook and activity guide follows the story of Evan, a young boy who learns to build toys from recycled materials. “The activity component of the story encourages children to make ten of the toys from the plotline. It’s cool because it shows families they can make toys with what they have rather than going out and always buying new things.”

In addition to The Upcycled Toys Club, Brother Duncan, along with his partner, Brianna Greenspan, also oversees Earth-Centric Innovations, providing environmental sustainability consulting for companies in educational fields. Its mission is to evaluate how a business’ operations are affecting the environment and what it can do to be more “green.” The curriculum he writes is generally aimed at camps, youth groups and schools in a formal educational setting. “People haven’t really noticed our impact on the environment, they just see an abundance of resources and take advantage of them. Now that it’s 2017, we’re starting to wonder if the actions we’ve been taking are having a much bigger impact on Earth than we anticipated.”

He credits his interest in nature to the Boy Scouts of America. At age nine, he immediately connected to their involvement with the environment. As he got older, he found more comfort and spirituality in nature. Whether it’s camping or climbing a mountain, being an outdoor person has guided his actions in life. “Being an eagle scout was one of the moments I’m most proud of. People ask why I was so infatuated with it and honestly it’s because it was a series of amazing experiences that shaped my life.”

Brother Duncan went to Fullerton hoping to work with children with special needs. Having learning disabilities of his own, he had to cope, adapt and live life differently. One of his goals is to open a Jewish summer camp for children with special needs. He has always worked in Jewish education whether it was teaching, tutoring or working at summer camps. After earning his bachelor’s degree in developmental psychology, he went on to get his master’s in education with a certification in experiential education.

Brother Duncan was a member of the Beta pledge class of the Chi Phi chapter. “I was very actively involved since we were so young at the time. I held multiple e-board positions and had tremendous leadership experience from being part of the group. I was happy to have a place I could funnel my energy into.”

Both he and his partner had the opportunity to study permaculture at Kibbutz Lotan & Center for Creative Ecology in Israel. Once they returned, they were looking for Jewish organizations to uphold sustainability and teach it to their kids. “There’s so much in our Jewish teachings that really reflect that we should be protecting the Earth we’ve been given. We need to look at this as a privilege and not a right. While we both want to focus on Judaism, we want as wide of an audience as possible. However, if we can teach about the environment from a Jewish perspective that’s even better.”

He is working on a second book aimed at adults rather than children. His hope is to teach families different ways to start engaging in environmental sustainability as a lifestyle, but doing so in baby steps. “My goal by reaching out to the parents is to have them look at it on a smaller scale and continue to build up their environmental awareness.”

Brother Duncan’s lifetime goal is to visit all 58 national parks and either camp or climb in as many as he can. He remembers his favorite experience in nature at a gorge in central California that stretches over three miles. Whether it’s climbing, camping or off-roading, he is always up for the challenge. “I’m a big traveler and I hope to explore as much of nature as I can in my lifetime while influencing others to do the same.”

“My time as a member of AEPi taught me a lot of invaluable life lessons that have carried forward into everything I’ve done since college. These skills have helped me to launch two companies which are always seeking to add immense value to our clients, helping them to make massive impacts in the communities they serve. I owe a lot of my success to my time in AEPi; not only for the skills I learned, but for the connections and friendships I made along the way.”