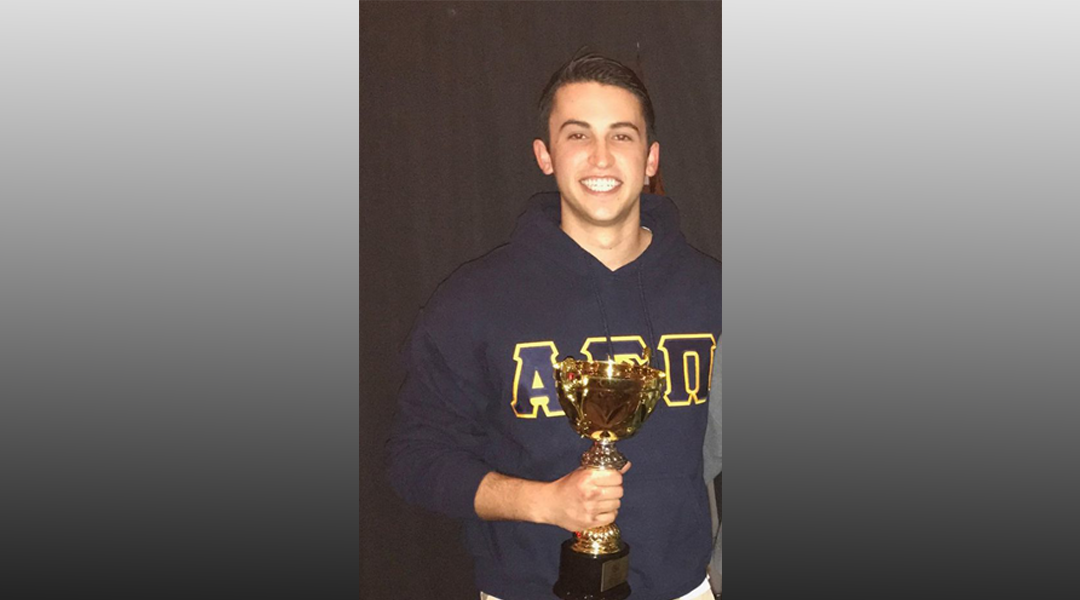 Earlier this month, Brother Sam Shapiro (UC San Diego, 2018) was the recipient of the UCSD’s Greek Leader of the Year award. The most prestigious award given by the Greek community, it recognizes a well-rounded individual who has gone above and beyond the duty as it relates to academics, service and administrators. The winner represents everything the Greek community stands for—the betterment of the community and the advancement of his organization.

“I’m extremely honored and humbled to be awarded Greek Leader of the Year. I’m thankful for the opportunities AEPi has afforded me to serve as a leader in the chapter and on campus.”

Brother Shapiro’s interest in AEPi actually came from the push of his mother who saw the AEPi booth and urged him to check it out. Thankfully, like any nice Jewish boy, the junior studying economics with a minor in accounting listened to his mother.

After joining the Chi Sigma chapter, Brother Shapiro’s brothers became great mentors and role models for him. Their influence inspired him to serve in chapter leadership positions, formed his leadership and organizational skills, and lead to his decision to go to law school.

“AEPi made such a big school feel like home. College was a culture shock, but the chapter and the brothers created a smaller, closer community for me. Growing up, I never had Jewish friends, but it’s amazing now to have this Jewish brotherhood that pushes me to do so much.”

As a freshman, Brother Shapiro served as the Chi Sigma’s Interfraternity Council (IFC) delegate, which allowed him to see how other fraternities operate and learn best practices for chapter management. The delegate position inspired him to run for and become Lieutenant Master his sophomore year.

In addition to his Lieutenant Master responsibilities, Brother Shapiro also became IFC president. Instead of dealing with only his chapter brothers, he also worked with and helped all fraternity presidents at UCSD. Brother Shapiro grew immensely during his tenure. He played a role in the rewriting of the IFC bylaws and constitution that restructured the council. Today, the IFC at UCSD is back to its mission of advancing Greek life on campus.

While serving as IFC president and Lieutenant Master, the Chi Sigma chapter ran into a financial management issue. Brother Shapiro stepped up to the plate and became Exchequer to get to the chapter back on track.

“Being the Exchequer has been by far the most impactful leadership position I’ve held. To me, the Exchequer has the ability to change chapter culture with a budget. I’m really proud I was able to play a role in my chapter’s much-needed change.”

This weekend, the Chi Sigma chapter is hosting AEPi’s Southwest Conclave. As chapter Master, Brother Shapiro is ecstatic to welcome his brothers to San Diego and looks forward to a weekend full of learning and brotherhood.

“The experiences that I’ve had with AEPi have completely reshaped who I am as a person and have prepared me to face challenges in all aspects of my life. I look forward to continue helping others reach their full potential with all that AEPi has to offer.”