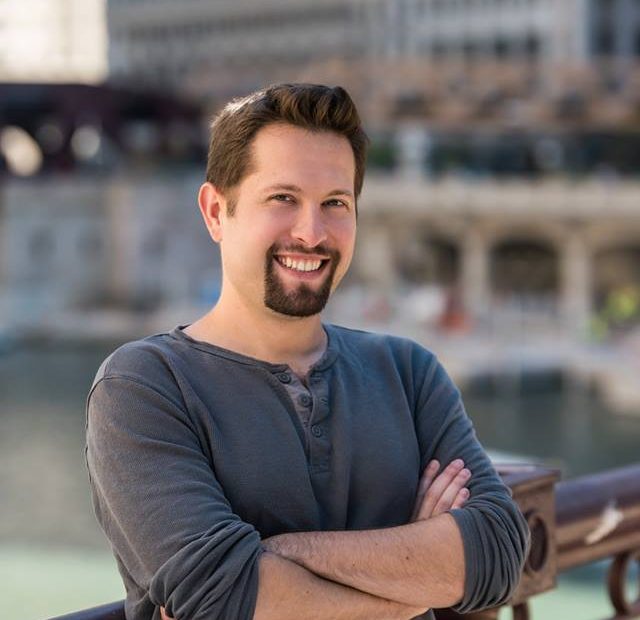 Sam Z. Glassenberg (Illinois, 2002) began his career in the video game business. What he didn’t realize was that his skills would one day have profound impact on a completely different industry: healthcare.

Glassenberg chose the University of Illinois for its fantastic engineering program and earned his degree in computer engineering. He was an active member of the Delta Chapter of AEPi and the campus Jewish community, serving as Exchequer and Lieutenant Master as well as President of Hillel. His efforts and commitment were recognized when he received the I.E. Goldberg Outstanding Undergraduate Award at AEPi’s 2002 International Convention.

Brother Glassenberg had developed a talent for animation and that helped him land his first job at LucasArts. He continued to succeed, working for Microsoft managing one of their cutting-edge game platform technology teams. As a side project, he would spend his vacations in Israel helping to build up a video game industry. One thing that always frustrated Sam was that Israel had no video game industry to speak of, despite being renowned for innovation and technology.

Sam felt that starting a strategic endeavor in Israel would economically and culturally motivate young people to go into engineering and the arts. One thing he noticed when working with teams from around the world was that Israeli experts were leading video games industry innovation worldwide. He saw all this magnificent talent going elsewhere and decided change was needed.

In 2008, Israeli video game starter Funtactix recruited Brother Glassenberg as CEO. He helped lead the company through hardships of the economic crisis and made it a major success story for the Israeli video game industry, developing hit games for mobile devices like “The Hunger Games” and “Mission: Impossible”.

As a hobby, Sam built surgical simulators. “I find myself to be the black sheep of the family. Both my mother and father are doctors and I never went to medical school.” As a favor to his father, who was an anesthesiologist, Glassenberg put together a fiber-optic laryngoscopy simulator that enabled residents to train on their iPads.

Not thinking twice, Sam threw iLarynx in the App Store. It was downloaded 100,000 times. iLarynx had become the most used medical simulator in the world. Brother Glassenberg realized the substantial demand for this type of technology and eventually established his start-up company, Level EX, to bridge the gap in medicine for which the video game industry had solutions.

Airway EX, brought to market by Level EX, is the first virtual surgery application of its kind. The application allows doctors to try their hand at some of the most difficult procedures in their specialty. Virtual patients breathe, cough and bleed like a real person. Airway EX is also the only product in history where doctors can earn the continuing medical education credit (CME) by performing procedures on a virtual patient.

Level EX has an exciting future. There is a plethora of opportunities with this technology and Sam hopes to continue breaking ground. In addition to his professional work, he is involved with various efforts to get youth excited about engineering and the arts. He introduces children to the wonders of 3-D printing, game design and solar energy to show them the video game industry is more than meets the eye. He shows students how math, physics and art can be applied together to create the things we use every day.

“We are only here on earth for a short time. It’s important to spend the majority of your life doing something that you find meaningful and fulfilling – and if you can leave a mark, that’s all the better.”

You can learn more about Level EX and the future of medical technology at https://level-ex.com/.