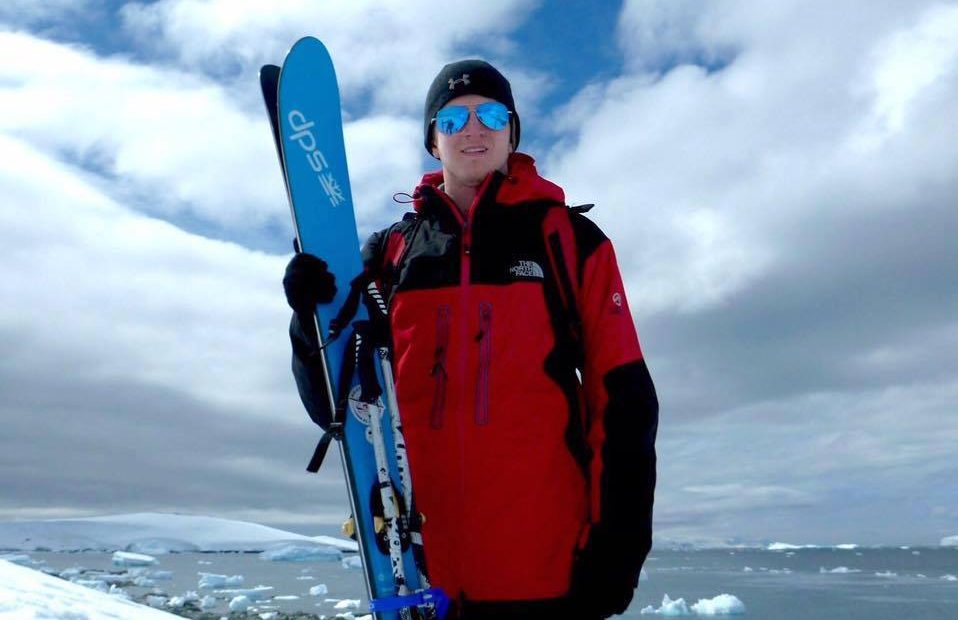 Brother Jackson Sanders’ (Union College, 2019) winter break ski trip was a bit more adventurous than most of our undergraduate brothers. Brothers Sanders and his family traveled to Antarctica to go skiing to top off an adventure that included skiing on all seven continents to honor Jackson’s late uncle who served in the United State WWII ski and mountain troops.

“A few years ago, my dad realized that we could potentially have the opportunity to become the first family to ski together on all seven continents. So, over the past few years, we travelled to Morocco, New Zealand, and finally Antarctica. Skiing became a great excuse to see the world and learn about all of the many different cultures as well as witness first-hand the effect climate change is having globally. My great uncle fought for the 10th Mountain Division ski troops in the Italian Alps in WWII. We decided to bring a 10th Mountain Division flag with us to honor him,” said Jackson.

The Westchester County (NY) native gained a lot of insights into changes happening throughout the world. “Our feat may not be possible to accomplish in the near future as the Atlas Mountains in Morocco as well as Kilimanjaro and Africa as a whole receive less and less snow every year. We were incredibly lucky for it to have snowed in Morocco a week before we arrived, as the window is only a few weeks long each year. In New Zealand on the Tasman Glacier on Mount Cook, our guides there informed us that the scientists doing research a few weeks’ prior had discovered a river running deep beneath the glacier, which will exponentially increase the melting process. In France, where we skied the famous Vallée Blanche glacier below Mount Blanc in Chamonix, where you once could ski all the way down to the train station that takes you back into town, you now have to walk up in ski boots about 20 flights of stairs built into the side of the valley, as well as take a short gondola ride just to get to the train station, because that is how far the glacier has melted.”

Jackson’s AEPi brothers at Upsilon Sigma have been along for the ride – virtually. “At Union, first year students can’t join fraternities but during my freshman year, I had friends and family around the country pledge and join AEPi, including my cousin who I am very close to at the UCLA chapter, and friends at various schools including UNC Chapel Hill, Penn State, Northwestern, and Ithaca College. They all seemed very happy with their decision to join AEPi, so this past fall I figured I would check it out.”

“My brothers – and I’ve only been a brother for a few weeks now — have been very interested in hearing these stories about this once-in-a-lifetime trip. I’m really excited for what the next two and half years at AEPi will bring.”