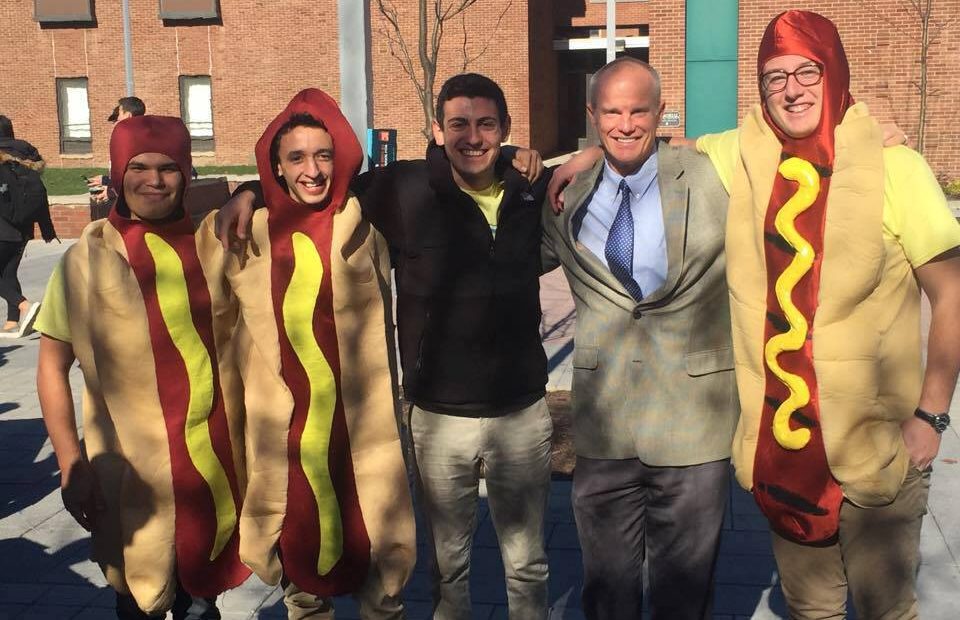 In the spring, the Beta Nu chapter at Binghamton University raised more than $12,000 for the American Cancer Association and the Israel Children’s Cancer Foundation at its second annual “Rock-A-Thon” philanthropy event. While this impressive feat put AEPi at the top of Greek philanthropy events at Binghamton, Philanthropy Chair Jake Vallen (Binghamton, 2018) saw an opportunity to amplify the chapter’s ability to give back during the fall semester.

“As a campus ambassador for Gift of Life, my passion for the organization stemmed from my working for them, and I knew I wanted to incorporate it into my philanthropy programming. Since there were no fall philanthropy events set in stone, I decided to create something to fill that void.”

“Since this was a new event on campus, we really had to overcome the obstacle of raising awareness. To do so, brothers dressed up in hotdog costumes and danced around campus. We also expanded our reach and got the support of other Greek organizations, which placed pre-orders for their Sunday chapter meetings.”

In addition to having beautiful weather both days, the dancing hotdogs must have worked because the Beta Nu chapter brothers were able to swab over 200 people into the bone marrow registry and raise more than $2,200 dollars. Even Binghamton University President Harvey Stenger supported the event.

“While swabbing people into the registry is vital—1 in 1,000 people swabbed is a match—there is also a cost associated with adding these potential donors to the registry. Although it was a large undertaking that took most of the semester to plan and work out the logistics, I’m very happy we were able to raise so much money for OPP.”

With such success this year, the Beta Nu chapter plans to expand “Dog Days” next year as the event become its fall philanthropy tradition.