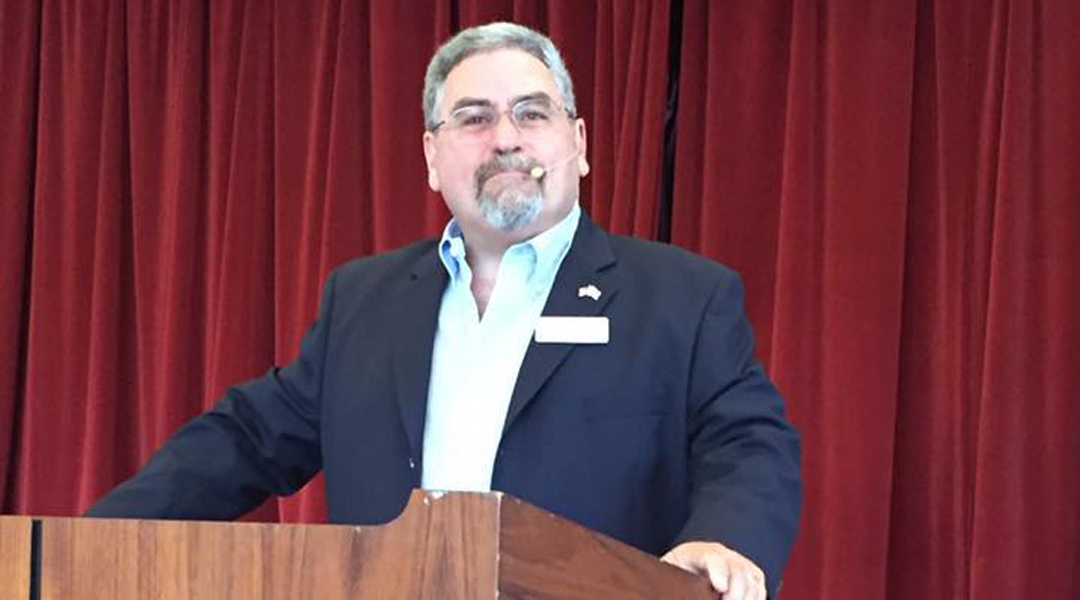 Many AEPi alumni brothers often think wistfully of their days back on campus and wish they could return to school and relive their youth. For Brother Rabbi Evan Goodman (UC Berkeley), returning to campus meant an opportunity to make a difference.

During college, Brother Goodman took some time off from his studies as a chemistry and economics major to work in the Reform Jewish movement and NIFTY in California’s Bay Area. When he returned to school, he knew that he wanted to be involved in Jewish life. After graduation, he attended seminary and in 1993 was ordained as a Rabbi. After serving as a congregational rabbi in the Bay Area for several years, he and his family moved to New Rochelle, NY but three years later, he was ready to move back to the West Coast.

“I missed California, my family and the energy of California Jewish life,” said Brother Goodman. So, he moved to Santa Barbara and became the Executive Director of Santa Barbara Hillel. “I had always loved the college environment and the energy of university life and I felt that the college years were the most crucial in terms of identity formulation. If we want to have an impact on the Jewish future, it’s important to provide amazing Jewish life on college campuses.”

Rabbi Goodman’s honors include Hillel International’s 2015 Richard M. Joel “Exemplar of Excellence Award” and AIPAC’s 2014 “Ally of the Year” award for his “Accomplishments on Behalf of the U.S.-Israel Relationship on Campus.” Rabbi Goodman currently serves as Treasurer of the Executive Board of the Pacific Association of Reform Rabbis, a member of the Regional Advisory Board of Santa Barbara ADL, and a member of the Taubman Symposia Program Committee.

“Israel has become a very divisive topic on many university campuses which include the attempt to demonize and delegitimize and apply double standards to Israel among all of the nations of the world. I’ve seen this take a turn from the political to outright anti-Semitism so I’ve made it a part of my mission to help students connect positively with Israel and influence the campus climate so that all students have empathy for and understanding of a wide variety of topics. The role that I play is in helping to promote civil discourse and a positive campus climate which connecting Jews and non-Jews to Israel.”

Brother Goodman recently led a group of 24 undergraduate student leaders – 19 of whom weren’t Jewish – to Israel. “They came back with a better understanding of Israel’s complexities and an appreciation of the challenges and now they can communicate with their friends and colleagues on campus.”

“Each time a BDS resolution has come up on our campus, our students have defeated it,” Brother Goodman said proudly. “We’re the only UC campus to defeat it every single time and while we’ve done that we’ve kept a tremendous open dialog and collegiality with people from a variety of perspectives. Speakers – from all sides – haven’t been shut down. That’s the way it should be.”

“When I was an undergrad at Berkley, I was very politically involved. I was elected a student senator and at that time Israel on campus issues were very challenging and Israel and Jewish life became my avenue to community, political and social activism. That was a critical factor in our founding of AEPi. There was a void in Jewish social life that was proud to be Jewish and that included Israel for many of us. AEPi was a way for a group of Jewish guys to stand up and say that ‘this is what we are. We’re proud to be Jewish.”

And, today, more than 32 years since Rabbi Goodman first became a Founding Father of the Chi Alpha chapter at Berkeley, he is still proud. “Guys like Rob Ackermann were the ones who did most of the work. And, of course (future Supreme Master) Elan Carr was one of our first pledges. I’m also proud that my younger brother was one of the founders of AEPi here at Santa Barbara.”

“I keep up almost exclusively with all of my AEPi brothers. That speaks entirely to the brotherhood that we had and what we accomplished together.”