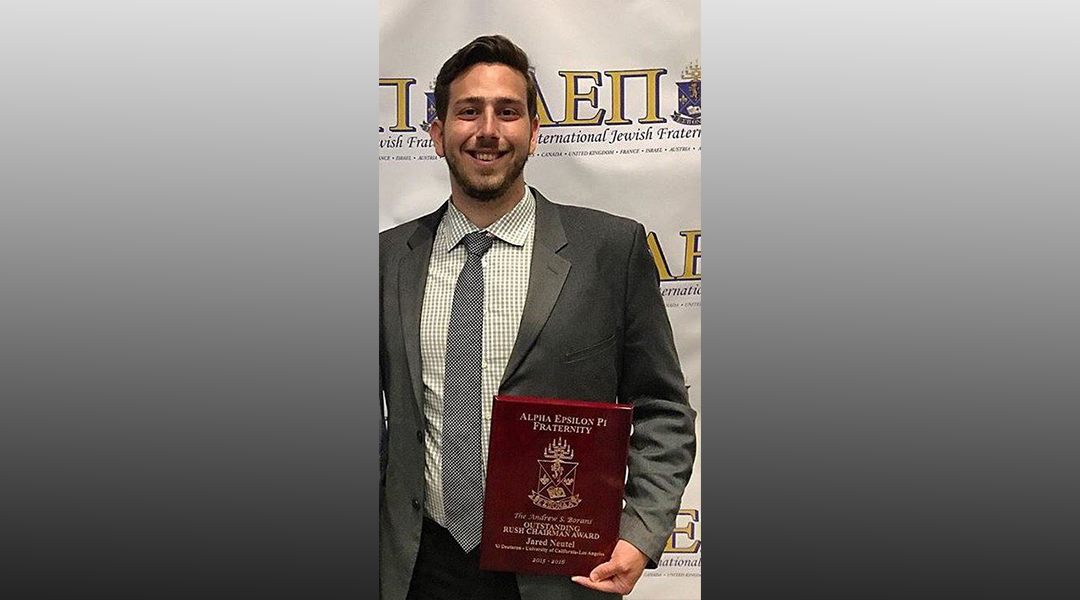 The honor is given to a chapter’s Rush Chairman who performed in an outstanding manner and successfully executed all rush functions, including: overseeing and participating in the rush committee, the bid giving process and the new member ceremony. Every year, there are more than 180 rush committee chairmen responsible for recruiting nearly 3,000 new members across AEPi, so selecting just one winner is no easy feat.

“It is a tremendous honor to receive the Outstanding Rush Chairman Award. I am humbled and grateful to be this year’s recipient.”

As a former rush committee member, Brother Neutel took his position as Rush Chairman with some serious goals in mind. Increasing brotherhood engagement and setting a new precedent for how the Xi Deuteron chapter approached recruitment were vital for him.

“We wanted to recruit quality guys and leave a lasting impression, all while staying under budget.”

Speaking of lasting impressions, Brother Neutel had the privilege of hosting the extremely memorable rush event “AEPetting Zoo,” where animals such as camels, pigs and goats found a home in the chapter’s backyard for the day.

“After seeing a camel hanging out in our backyard, potential new members were in awe, and people had to check us out. This was by far my favorite event.”

Brother Neutel is particularly proud of taking on a fall pledge class of 30 men and having a very involved winter class, as both were “big steps for the house.”

He attributes his and the Xi Deuteron chapter’s success to buckling down and putting in the work.

Originally from Irvine, CA, Brother Neutel studies biology and entrepreneurship and plans to graduate in December. After graduation, he hopes to pursue an entrepreneurial career in the tech industry.

Mazel tov to Brother Neutel on his well-deserved award!