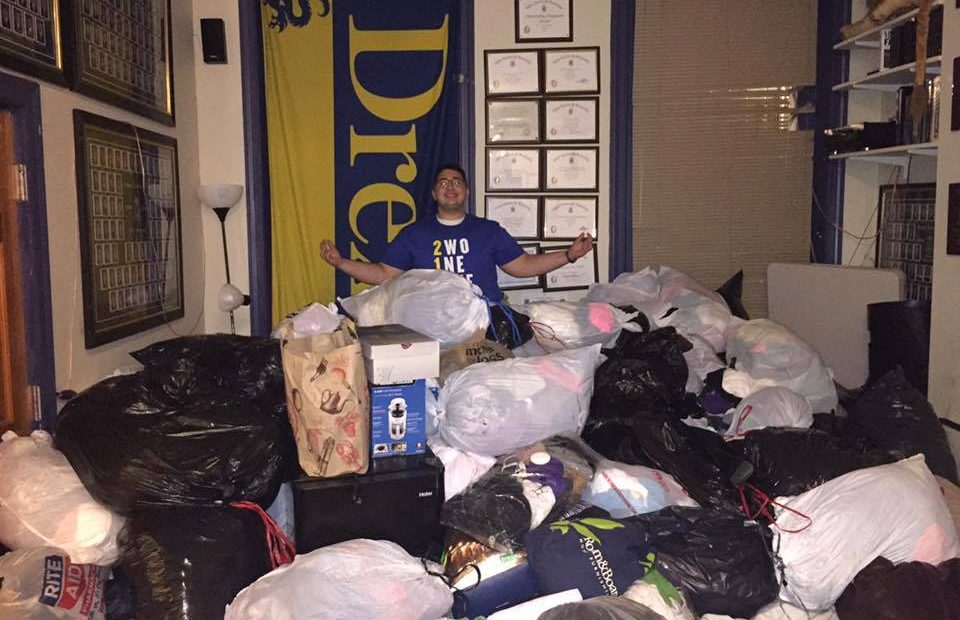 Brother Jon Coopersmith (Drexel, 2019) couldn’t believe what some kids left behind in their rooms when they moved out of their campus apartments.

Working at American Campus Communities (ACC), a campus-area developer of student housing, Jon was charged with helping to clean out apartments. “I’d go into each room and just be amazed with all of the clothes that were being left in the apartment. My job was to bag up everything that was left in the rooms and I asked someone what we did with all of the clothes and was told that they were just thrown away.”

That didn’t sit well. “Our campus at Drexel is in an urban area. Five blocks from our fraternity house there are homeless people and others much less fortunate than us. I knew that I had to put together something to help the community and not just throw away all of these clothes.”

Brother Coopersmith met with his superiors at ACC and they gave him permission to donate the clothes as long as he could find a place to store them. So, he began calling local non-profits. “I wanted to make sure that our donations would be kept local and that the charity would accept all of the clothes and help us collect them.”

Once he worked out an agreement with the local Goodwill, he enlisted the help of his brothers in the Delta Rho chapter to help him. ACC was so impressed with the program that they let Jon expand it to two other properties.

“We had 100 AEPi brothers – in the middle of finals – going up to the apartments and helping me collect the excess clothes. I had told Goodwill that I expected to bring them 60 bags of clothes in the first week. We had that many on the first day. I was so excited that I almost started to cry because of all the people in our community that we were going to be able to help.”

“We had to store bags and bags of these clothes in the brotherhood room at the AEPi house but it was so cool that we were all so involved.” In total, more than 10,000 pounds of clothing were collected.

The sophomore accounting major credits AEPi with helping him have the initiative to take on this project. “I couldn’t have done it by myself and I wouldn’t have even tried if it wasn’t for AEPi.”

“Joining AEPi was the best decision I ever made in my entire life.”