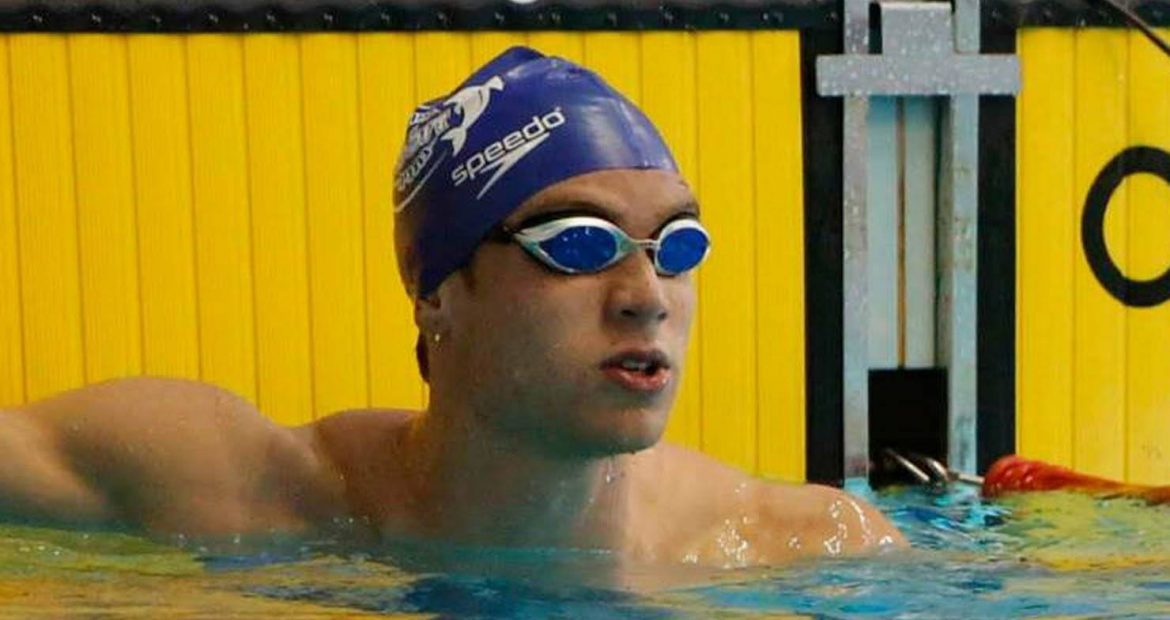 If you’ve spent any time watching the Olympics over the last two weeks, you’ve no doubt been enthralled with the swimming events and the sheer dedication and athleticism that is required to compete at that level. Brother Aaron Greenberg (Yale, 2018) knows how difficult it is to make it to the highest levels of sport.

“I kind of grew up in a community with almost no Jewish people at all. It was really difficult to expand on my Jewish culture and identity in high school. I visited Israel before I went off to school and my eyes were really opened to the importance of being an active member in the Jewish community.”

Arriving at Yale, Aaron got involved with Chabad and Hillel to expand his Jewish identity and then he found AEPi. “I swam for Yale my Freshman and Sophomore year and did pretty well but all of my on-campus experiences were opening my eyes to the importance of my Jewish identity and, of course, my connection to Israel.”

“I decided to make Aliyah and to try to represent Israel in the Olympics. After I told my family, the next people I told were my brothers on campus and they couldn’t have been more supportive.”

In August after his Sophomore year, he moved to Israel and began training full-time with the Israeli national team. “It was a very cool and different experience living in Israel and doing nothing except swim and train. I got to experience the Israeli culture and explore every corner of the country. I learned Hebrew and I learned to live like an Israeli. For me, with my background, there was nothing more jarring than watching the entire country shut down for Shabbat. I never could have imagined seeing something like that when I was a kid.”

Unfortunately, a freak injury and a bout of pneumonia hampered Aaron at the Olympic trials and he just missed qualifying but the experience has left him a changed man. “I’m still trying to decide what to do about the 2020 Olympics but for now, I’m back on campus, swimming for Yale and looking to make future plans, possibly in Israel.”

An economics and history major, Brother Greenberg is looking towards a career in finance and has also started an Israeli business club on campus to educate students who want to go into consulting and to provide them with internships with Israeli companies.

“My Yale AEPi brothers were always reaching out to me when I was in Israel. They would Facetime me into chapter meetings and several came to visit me from time to time. Being in AEPi meant that I was able to talk about my life with guys who understand me and share my culture. It made going by myself to Israel so much easier.”

“Making a decision about making Aliyah was not easy but my brothers were there to support me. AEPi is a huge part of my life at Yale and my Jewish experience and a big reason why my Jewish identity and Jewish cultural experiences increased so much in college.”