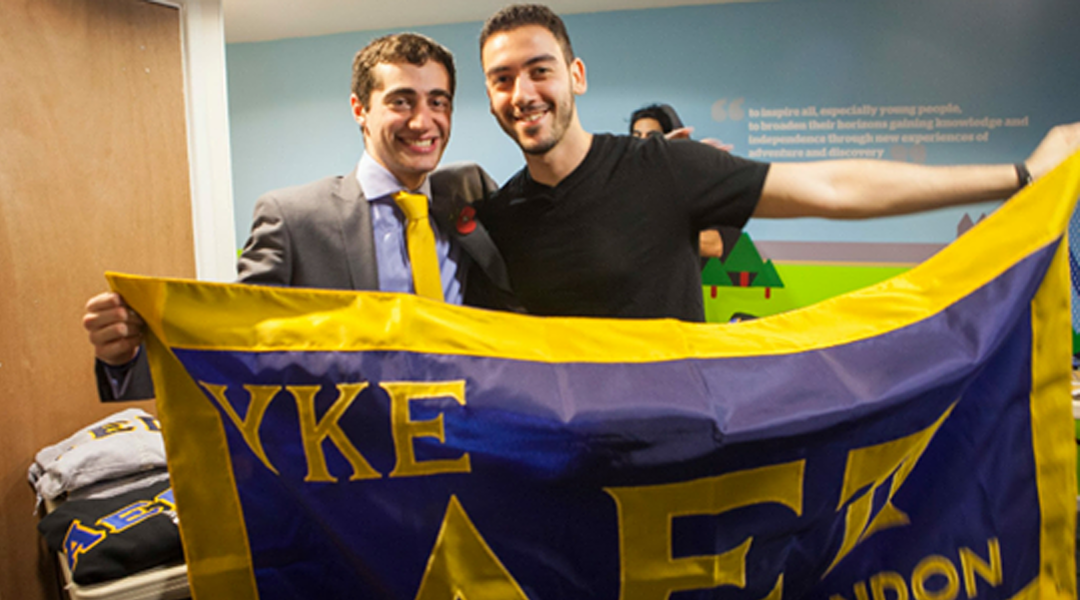 Brother Sam Alfassy (London, 2017) was born in Israel and has lived abroad most of his life, with stops in places like Rome and Switzerland, before settling in London two years to attend university. As a result, he already speaks four languages and has a very broad world view.

“But, I was surprised when I first saw and heard the anti-Israel and anti-Jewish protesters on campuses in London.”

Sam started to get more involved in Israel advocacy on campus and quickly formed an alliance with pro-Israel students at the other campuses in London (Kings College, University College of London, London School of Economics and the University of London). “We wanted to unify all campuses to get people from the different universities to help and tell our story of Israel.”

“During the so-called “Israel Apartheid week,” Jewish students were being intimidated and isolated. Everywhere you went, you heard anti-Zionist chanting and I knew that is a close parallel to antisemitism so we put together a program called ‘Falafel for a Fact’ where people on all of the campuses got to taste some delicious falafel and hear just one fact about the modern State of Israel. We set up booths on the campuses and ended up giving away two to three kilos of falafel in just a couple of hours. In addition to promoting the positive messages our event was also successful because all of the Palestinian societies spent most of their time arguing with us and were distracted from talking to others.”

The loose affiliation of pro-Israel groups on the campuses has since grown to be more organized and structured and earlier this year, named Brother Alfassy one of its leaders.

“I wouldn’t be in this position today and our pro-Israel group wouldn’t be as strong without AEPi and my brothers from our London chapter.”

“When I first got here I thought that AEPi sounded great but I was skeptical…I didn’t know what a fraternity in Europe meant but the support from my brothers and my fraternity across the world has allowed me to take the initiative to get involved in a lot of different things.”

“I’ve met guys from lots of different political persuasions and religious denominations. We’re very different but what unites us makes us so much stronger.”

“My brothers are now all of my closest friends.”