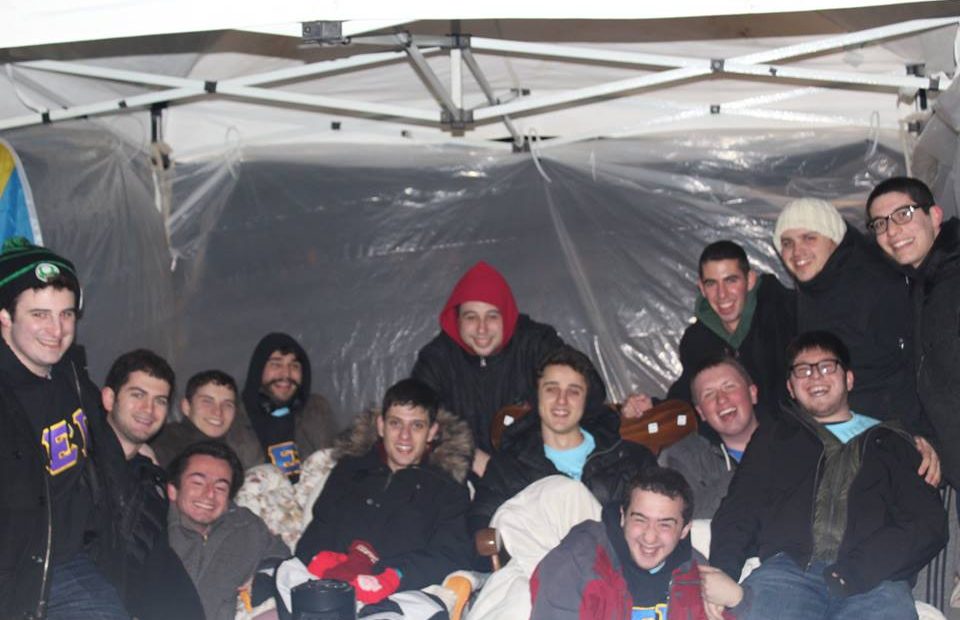 “Over time, being around the right kind of people with the right values, I figured out what kind of person I want to be. That’s what AEPi did for me.” – Brother Aaron Jiji, Binghamton University, 2016

College is a time of discovering oneself and accomplishing things you might not have thought possible. The last four years have certainly been that for Brother Jiji, who recently graduated from Binghamton University and has left his mark on the University and the Beta Nu chapter.

As one of the three chairs of the chapter’s Rock-A-Thon this year (along with Brothers Benjamin Brenner and Mickey Katz), Jiji organized a philanthropy event which raised more than $13,000 for AEPi’s Repair the World Fund and the American Cancer Society (ACS). “Two years ago, two of our brothers went on Birthright Israel and met with some brothers from AEPi at Missouri and they gave us the Rock-A-Thon idea. From there, we’ve done some great things.

After raising $6,800 in its first year, the brothers set out to try to double their goal in 2016. “One of our brothers, Jordan Rose, is a cancer survivor so he rocked in the chair for 48 hours and that’s why some of our money was given to ACS.”

Despite the awful weather, five to ten brothers were constantly with Brother Rose to help him and to raise money from passersby. Miss New York came to the opening ceremonies, along with hundreds of other students and faculty members. “One of the things that I’m most proud of is how much everyone in our chapter contributed. This event brought everyone together, united for a great cause.”

“After high school, I went to a gap year program in Israel before I went to college. When I got to Binghamton, I wasn’t motivated my first semester. I mostly just sat around and did nothing. I joined AEPi and everything else flipped around.”

Jiji served as rush chair, sentinel and member-at-large before becoming philanthropy chair and taking on the Rock-A-Thon event. “Convention last summer in Cleveland opened my eyes to so many others things we could be doing,” he said.