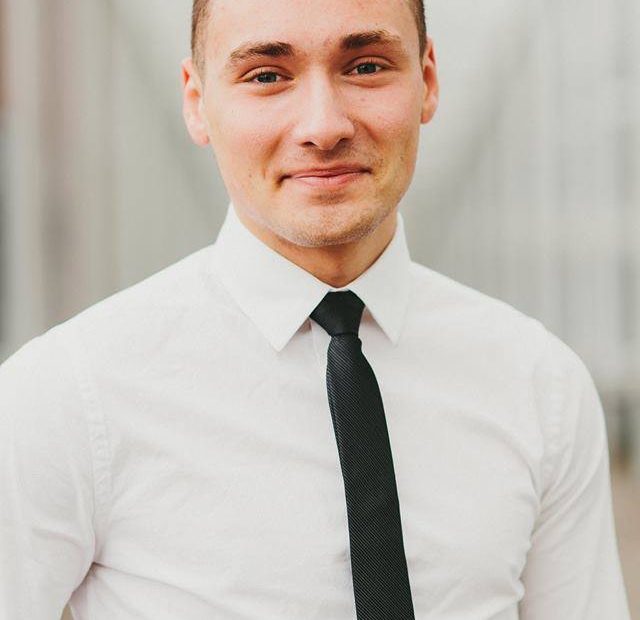 Ask Ohio State students what a Buckeye is and many will probably give you the same answer: A tough nut that’s hard to crack. Brother Brandon Weissman certainly fits the bill as a stubborn and persistent student who is dedicated to ideals and won’t quit until they are achieved.

A junior from Cleveland, Brother Weissman is an elected Senator in the Ohio State Undergraduate General Assembly and recently helped lead the fight against a Boycott, Divest and Sanction (BDS) proposal brought before the General Assembly. “I was one of the two elected Senators who actively worked against the resolution, along with lots of people from all over campus,” said Weissman. “The night of the vote was really intense but we had spent a lot of time beforehand discussing the matter with other Senators and we were active on social media and throughout campus. People were being intimidated by the other side and were afraid to voice their concerns and it was important for us to show that there were a lot of pro-Israel people on campus who wouldn’t back down.”

“I’ve grown up in a strong Jewish community and been to Israel a number of times – I just spent 10 weeks there last summer. I know what’s a stake and what the repercussions are of the BDS movement. I felt an obligation to protect Israel’s image and to make sure that the truth is heard. That’s what we did leading up to the vote and, in the end, we won.”

The final vote was 21-9 against the resolution with 15 abstentions.

A number of AEPi brothers played important roles in the fight. “AEPi, for me, has always been a place where I could be surrounded by kids who care about the issues that I care about. This fight showed the power of our network. My brothers really came through for me and for our entire campus.”

Weissman’s role at OSU goes beyond just his elected position. He’s the alumni chair at Eta Chapter and this year co-captained the AEPi Buckeython team. Buckeython is one of the nation’s largest student-run philanthropies, raising money for children with cancer. This year, the AEPi team raised more than $12,500 – the most of any of Ohio State’s 36 fraternities.

“The support, friendship and loyalty that I get from my AEPi brothers mean so much to me. I’m so proud of my campus and my fraternity.”

We’re proud of you, too, Brandon!